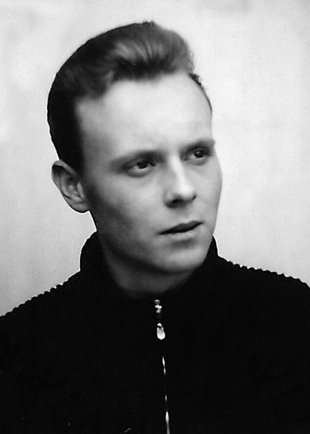 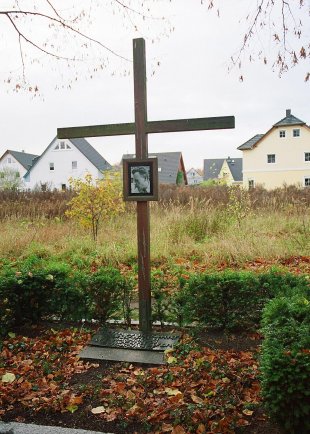 Born in 1941 in Berlin-Schöneberg, Dieter Wohlfahrt had been crossing the border between the East and the West regularly ever since he was a young boy. He came from an educated middle-class Catholic family and grew up as the eldest of three children in Hohen Neuendorf, a northern suburb of Berlin. Like his deceased father and his siblings, he had Austrian citizenship and was therefore able to cross the border to West Berlin and West Germany without restrictions. When, at the age of 14, he was denied the right to attend secondary school in East Germany, he moved to the West Berlin district of Wilmersdorf to live with his aunt. [27] There he was able to attend the Bertha-von-Suttner School that had its own "east class," which gave students from East Berlin and the surrounding area of Brandenburg the opportunity to get a high school degree. As long as the sector border was open, a number of Dieter Wohlfahrt’s fellow-classmate commuted regularly, some of them twice a day, between the East and West. Many of them shared a common rejection of the communist regime as a result of personal experiences, and consequently they were a tight-knit group of friends. When the sector border was permanently closed off in August 1961, Dieter Wohlfahrt, who was then studying chemistry at the Technical University, did not hesitate to get involved in helping former classmates, their friends and relatives to escape to West Berlin. [28]

Dieter Wohlfahrt: Class photo (first row, second from left; photo: ca. 1960) (Photo: private)
He joined a group of students which included Detlev Girrmann, Dieter Thieme and Bodo Köhler, who, with great skill and prudence, were continually coming up with new ways to get around the many barriers and controls. [29] In the first weeks after the Wall was built, they were able to get a number of fugitives out through the sewage system. Dieter Wohlfahrt played a major role in these escapes since he had an Austrian passport that still allowed him to maneuver back and forth between the two halves of the city. It was his job to travel to East Berlin as a so-called "cover man" and to inconspicuously open and close the manhole covers where the fugitives entered the canalization system. His former classmate Karin Albert and the man she later married were among the people who had been able to make it to the West in this way. 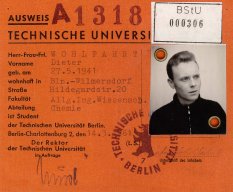 Dieter Wohlfahrt: Student ID from the TU Berlin (March 1961) (Photo: BStU, Ast. Potsdam, AU 1753/62, Bl. 306)
They had known Dieter Wohlfahrt to be an unassuming and inconspicuous young man from whom they had not expected such courage and determination, but they recalled that he thrived in his work to help people escape. [30] Consequently, he did not hesitate to offer the 17-year-old Elke C. his assistance. She had just recently fled from Staaken to West Berlin and wanted to help get her mother across the border at the same spot. Karl-Heinz Albert and another friend also agreed to help. On December 9, 1961, they drove with Elke C. and her friend in a borrowed VW van to the outskirts of Spandau to the agreed upon site at the corner of Bergstrasse and Hauptstrasse. 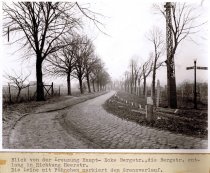 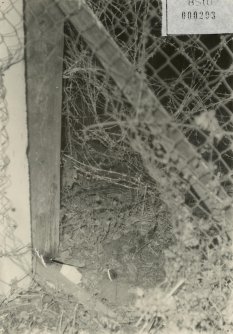 Dieter Wohlfahrt: The hole in the barbed wire that was supposed to facilitate an escape – but instead cost Dieter Wohlfahrt his life. (MfS photo) [Dec. 9, 1961] (Photo: BStU, Ast. Potsdam, AU 1753/62, Bl. 293)
The others stayed behind when, at around 7 p.m., Dieter Wohlfahrt and Karl-Heinz Albert climbed over the rope that marked the border to the West. Hidden by the darkness, they used bolt clippers and engineer pliers to cut through the three layers of barbed wire fence that blocked off the border there. Karl-Heinz Albert recalled later that all of a sudden Frau C. came running toward them from the other side, calling out for her daughter. [31] Moments later they heard someone yell "Stop! Border Police!" and he had barely enough time to throw himself on the ground before the first shots were fired. Albert was not hit and managed to crawl beneath the barrier back to West Berlin, but Dieter Wohlfahrt remained motionless on the territory of East Germany, just five or six meters from the border line. West Berlin police and members of the British military police soon arrived at the site and tried to approach him, but their attempt to help was thwarted by the East German border guards’ threat to use their guns. The dying young man was not offered any help from the east side. He remained on the ground, lying between the tiers of barbed wire, for over an hour without showing any sign of life before he was carted off. [32] 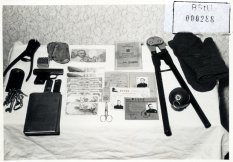 Dieter Wohlfahrt: MfS photo of objects allegedly found on Dieter Wohlfahrt [Dec. 9, 1961] (Photo: BStU, Ast. Potsdam, AU 1753/62, Bl. 288)
The East German authorities made slanderous accusations against Dieter Wohlfahrt and his friends. The official statement claimed that an armed attack had taken place on the "state border" during which young escape helpers had opened fire. Firearms and dynamite that were supposedly found with the deceased were presented to the public as evidence of the "criminal tools of the agitator Wohlfahrt." [33] His friends in the West were able to offer credible assurances that none of them had been armed, and the western investigative authorities rejected these accusations as mere propaganda. A police spokesman was quoted as having said that "The Communists’ claim that the young men had pistols and plastic bombs with them was clearly made up out of thin air. It is their old method of saying ‘the deceased is guilty.’" [34]

Nonetheless this accusation from the Cold War era continued to have an effect even after the East Germany state collapsed. Confidential military and Stasi reports show that East German border police had attacked Dieter Wohlfahrt from behind that evening, but they presented the events as if he had been armed and had fired the first shot. [35] It is highly likely that these documents were at the time falsified or manipulated as propaganda, but this theory cannot be proven. The legal proceedings against the former border policeman who shot Dieter Wohlfahrt were dismissed in 1996 with the explanation that the accused criminal may have acted in self-defense. [36]

For those who had known him, the violent death of the twenty-year-old Dieter Wohlfahrt was a tremendous shock. His mother and siblings in Hohen Neuendorf were questioned by the East German secret police and instructed not to leave their residence for the time being. The Stasi organized the funeral, which took place on December 14 in Nauen, but only Dieter Wohlfahrt’s family was permitted to attend. [37] In West Berlin the people mourning the fate of Dieter Wohlfahrt went well beyond his group of friends. The Catholic student community organized a requiem for him in the St. Matthias Church in Schöneberg. Professors of the Technical University commemorated him during their lectures. The site of his death was marked by a wooden cross.

Dieter Wohlfahrt: Wreath-laying ceremony at the memorial cross for Dieter Wohlfahrt, Aug. 13, 1963 (Photo: Polizeihistorische Sammlung/Der Polizeipräsident in Berlin)
The West Berliners not only directed their anger at the people responsible in East Germany: An observer at the time pointed out that it was the first time that a death at the Berlin Wall had also triggered protests against the political leadership in the West. [38] Student representatives expressed their criticism in an open letter to the Allied commanders, the mayor of Berlin and the interior minister in which they wrote: "Given the inhumanity of the fact that the wounded man was lying there for two hours without any help, we cannot understand how both our police and the British protecting powers were not able to find a way to assist the injured man." They concluded from this that "The reserve demonstrated from our side will only encourage the eastern ruling powers to continue to show no consideration for human life." [39] 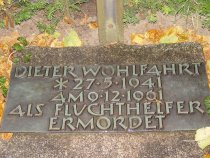 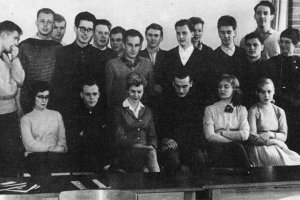 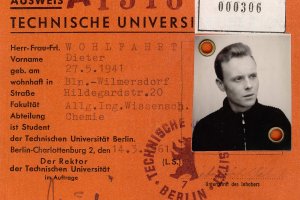 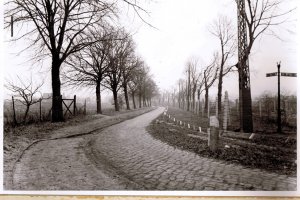 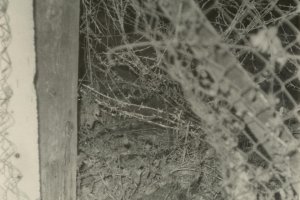 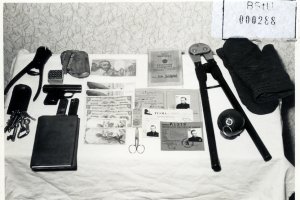 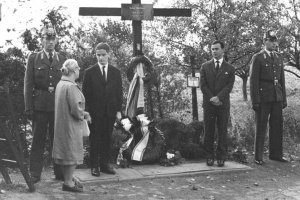 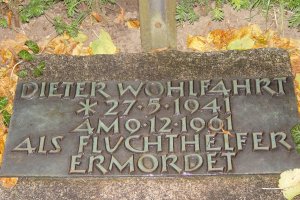