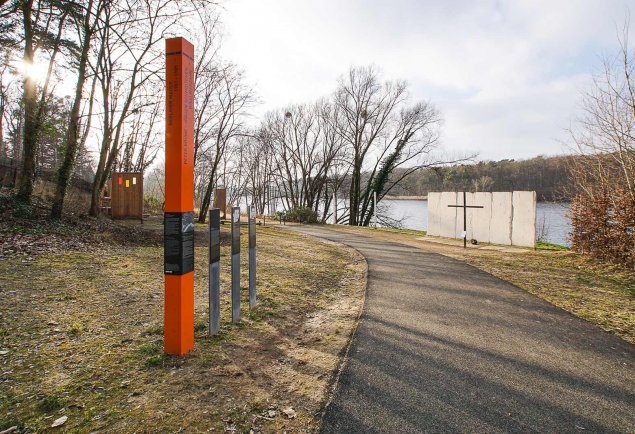 Peter Böhme began attending the National People’s Army Flak and Artillery Officer’s School in Geltow near Potsdam at the end of December 1961 but soon regretted this career decision. A few days later he wrote to the school director: „I have no interest in the career of an officer and don’t feel I am able to learn what is necessary for the job. Moreover I don’t see it offering any prospects for my future. This is why I am requesting a transfer back to my old unit." [23] When he was confronted by his brigade leader, the 19-year-old argued that he did not want to become a poor officer like some others he knew and would prefer to study to become an athletics teacher at the German Advanced School for Fitness Training in Leipzig. His supervisor, however, ended the „discussion" by requesting that he reconsider his view. Consequently, Peter Böhme came around and declared that he was willing – at least to pretend – to carry through with the planned training. [24]

Born and raised in Saxony’s Chemnitz, called Karl-Marx-Stadt during communist rule, Peter Böhme often had problems with the Socialist establishment as a high school student. When he was 16, he was threatened with expulsion from school because he and a friend had bought a pair of studded jeans in West Berlin that were officially frowned upon in East Germany. [25] After graduating from secondary school he began an apprenticeship as a motor mechanic, but had to quit the training after he fled across the sector border to West Berlin – still open at the time – and had to be brought back by his father. The East German authorities evidently refrained from punishing the young man for his attempted „flight from the republic." Instead they demanded that Peter Böhme enlist with the National People’s Army for several years. Obliged to join the East German army, he did only the bare minimum, but nonetheless managed to complete the usual stations of basic training, sergeant instruction and the application to officer’s school.

At the officer’s school Peter Böhme soon befriended Wolfgang G., who was the same age and who had been transferred to Geltow from Cottbus at the same time. Wolfgang G. had also been forced to serve in the military as a consequence of minor offenses and openly admitted that he did not want to be an officer. [26] They were both tired of constantly being told what to do and soon agreed that desertion was the only way to get out of this situation. [27] In early April 1962 they began the necessary preparations. Wolfgang G. was later quoted as saying „We couldn’t serve this hateful regime any longer." [28] 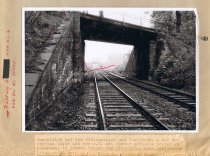 Peter Böhme: West Berlin police crime site photo of closed down S-Bahn grounds at Gleisdreieck Griebnitzsee with the escape route marked [April 18, 1962] (Photo: Polizeihistorische Sammlung/Der Polizeipräsident in Berlin)
On the night of April 16, 1962 the two officer students removed two pistols and ammunition from the weapons cabinet of the Flak Artillery School. They had wanted to be able to defend themselves in an emergency, Wolfgang G. later explained to the West Berlin police. [29] When, contrary to expectations, the missing weapons were noticed, they had to quickly disappear from the barracks. They walked to Potsdam where they hid the entire day while the search for them continued. That evening they took a taxi to Potsdam-Babelsberg and cautiously approached the border to the West Berlin town of Kohlhasenbrück. Arriving from the Griebnitzsee station, they walked along the S-Bahn tracks that once went to Berlin-Wannsee but were then no longer in use. Two guards, Jörgen Schmidtchen and Klaus R., were on duty together that night. According to the military files, they were waiting in a former gatekeeper’s house when around 2:30 a.m. they heard a noise and went outside to see what it was. [30] Thinking that the approaching men were on patrol duty, Schmidtchen, the guard leader, went up to the two men in uniform and asked them about their patrol, Wolfgang G. later testified. Then suddenly a fierce exchange of fire broke out during which Peter Böhme and Jörgen Schmidtchen were fatally injured. Wolfgang G. remained uninjured and was able to escape to West Berlin.

The fact that the desertion of two NVA soldiers cost two people their lives was politically explosive given the East-West conflict. The West Berlin press expressed solidarity with the fugitives. The „Bild-Zeitung" wrote: „A fugitive who is shot at by Ulbricht’s henchmen is acting in self-defense… but shooting a fugitive intentionally, that is murder!" [31] In East Germany Peter Böhme and Wolfgang G. were demonized as „common criminals," who, through their desertion, revealed themselves to be „enemies of the German Democratic Republic." [32] Despite the lack of evidence, the East German authorities charged Wolfgang G. with the death of Jörgen Schmidtchen and demanded that he be extradited, which the West German federal authorities refused to do. A voluminous file reveals that for many decades the Stasi continued to spy on Wolfgang G. in the West. 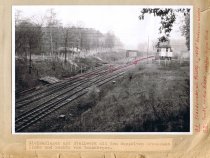 Peter Böhme: West Berlin police crime site photo of the place where the exchange of fire occurred at the outer ring between Potsdam-Babelsberg and Berlin-Zehlendorf [April 18, 1962] (Photo: Polizeihistorische Sammlung/Der Polizeipräsident in Berlin)
The memory of Peter Böhme’s fate, meanwhile, was forgotten in both the East and the West. His death was the focus of preliminary proceedings in the nineties, but because the case never came to trial, the public was, for the most part, unaware of it. Research conducted as part of the legal prosecution of violent acts at the Wall established that it was actually Peter Böhme who had shot Jörgen Schmidtchen before he was fatally hit by the other guard, R. The proceedings against R. were dismissed in August 1992. The court conceded that he acted in self-defense when he fired shots at the deserting officer students. But the public prosecutor concluded that Peter Böhme was guilty of the murder of Jörgen Schmidtchen since he opened fire without being directly threatened. [33] 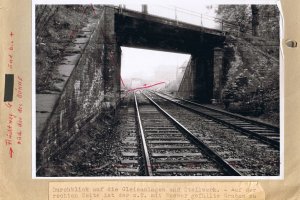 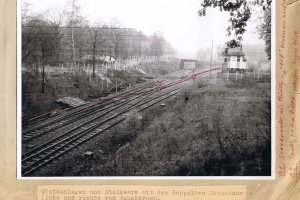