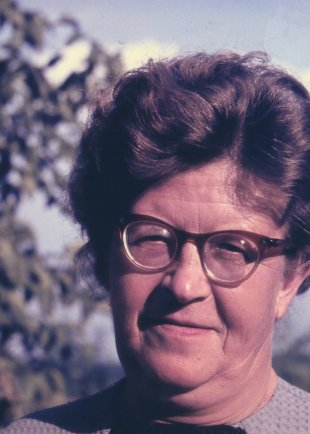 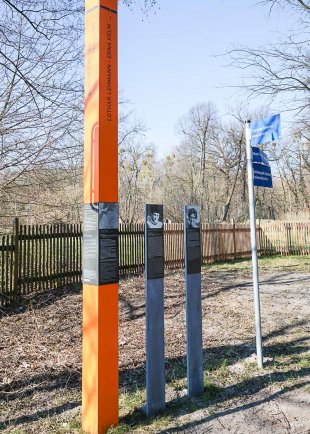 The West Berlin investigation came to the following conclusions: „Because Frau Kelm was wearing a life jacket under her clothes it has been determined that she was attempting to flee to West Berlin by swimming across the river. According to the autopsy report, the cause of death was drowning. Upon the request of her living kin in Potsdam, her body was sent there." [2]

There was no trace of the body after it was transported to Potsdam. Nothing is known about the relatives of Erna Kelm or where she is buried. Even the West Berlin investigation, which documented the retrieval of the body from the water, was closed shortly thereafter and the file was sent to the Central Registry Office in Salzgitter. When the case was re-opened 30 years later, the original investigation findings were confirmed. [3]

Erna Kelm, who had last worked as the director of a special care facility, had lived in the West before the Wall was built. She moved from Potsdam to Lübeck in August 1947 without bothering to obtain the necessary permit issued by the occupying powers at that time. She worked as a nurse in Lübeck. In March 1948 she moved to West Berlin, where she had a position as nurse’s assistant in a children’s home for refugees. Because she often left West Berlin to visit her children in Potsdam, she was, according to police data, „suspected of engaging in intelligence activities," but this accusation remained unconfirmed. [4] It did, however, lead to her being interrogated in November 1953 after which she moved back to Potsdam because, in her own words, she missed her children.

Besides the files in the Central Registry Office in Salzgitter, the fate of Erna Kelm is otherwise only documented by a few newspaper reports. On June 13, 1962, the West Berlin newspaper „Tagesspiegel" reported on numerous incidents that had occurred at the Berlin Wall over the 1962 Whitsun holidays. One of the incidents involved the body of a woman retrieved from the lower Havel on Whitsum Monday, who was believed to have drowned while trying to flee. [5] The main focus of the report, however, was on the general concern over the rising tensions in Berlin. The Warsaw Pact members had submitted a statement over the holiday weekend announcing their plan to sign a separate peace treaty with East Germany if American-Soviet talks were not able to „normalize" the situation in West Berlin and remove the „occupying regime." The Soviet Union even sent a note of protest to the three western Allies, strongly criticizing the involvement of West Berlin police in border incidents at the Wall. [6] The mayor of West Berlin, Willy Brandt, used strong words to firmly dismiss the Soviet protest. „We will never be able to accept the Wall as something human or just," he declared. „As long as shots are fired at the Wall, as long as Germans who want to go from one side of the city to the other are called criminals and killed, it will not be possible to expand trade." [7]

On the first anniversary of the Berlin Wall, the Federal Ministry of All-German Affairs published a brochure taking stock of the unconstitutional crimes that occurred at the Wall. The document also mentioned Erna Kelm’s fatal escape attempt, which led to her name being added to the official lists of registered fatal victims. [8] In this way the memory of the 53-year-old woman who drowned at the border to West Berlin was preserved. [9]