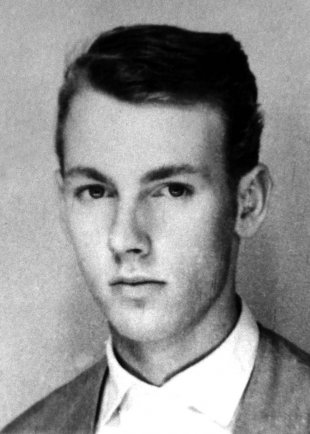 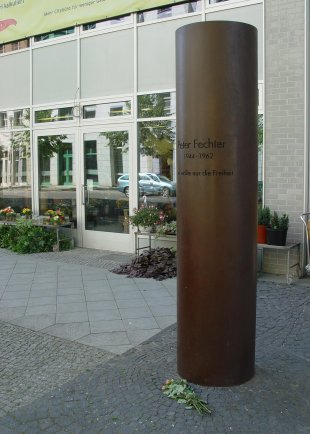 The atmosphere in Berlin had been very tense all summer long in 1962. An observer remarked in June of that year that sheet lightning was flashing at the Wall more often than ever. [35] Hardly a day or a week passed without a bloody incident occurring. Demonstrations on August 13, the first anniversary of the Berlin Wall, showed that the West Berlin population was increasingly less willing to tolerate the ongoing division of the city and the violence against people trying to flee. Moreover, the events that led to the death of Peter Fechter on August 17, 1962 triggered outrage in West Berlin and kept the city on edge for days.

Peter Fechter: Bleeding to death in the border strip [Aug. 17, 1962] (Polizeihistorische Sammlung/Der Polizeipräsident in Berlin)
It was early afternoon when shots were fired on Zimmerstrasse, where the Wall cut right through the neighborhood that had once been Berlin’s lively newspaper quarter. The West Berlin police received the first dispatches at 2:12 p.m. [36] It soon became clear that the border guards’ shots were aimed at two teenagers who had tried to flee over the Wall between Charlottenstrasse and Markgrafenstrasse. One of them, the 18-year-old construction worker Helmut K., was able to make it through the hail of bullets to the West. But his friend Peter Fechter, also eighteen, was hit and remained on the ground right in front of the border wall. Many people on both sides of the barrier witnessed the tragedy that followed. The badly wounded young man was screaming loudly for help, but no reaction was taken for a long time on the East Berlin side. Standing on a ladder, West Berlin police officers asked him his name and threw bandages to him over the Wall. But they did not want to endanger themselves by climbing over the Wall to help him. Members of the American military police from the nearby Checkpoint Charlie also did not want to risk stepping on East Berlin territory because, given the ongoing conflict over responsibility for the divided city, they feared it might trigger a military conflict. “It’s not our problem,” one of them was quoted as saying. As a consequence, 50 long minutes passed before Peter Fechter’s screams eventually ceased. Finally East German border troops carried him away behind an artificially produced veil of fog. He was officially declared dead a short time later in the East Berlin People’s Police Hospital. His death was announced on East German radio that night. [37]

Peter Fechter: East German border guards retrieving the dying man from Zimmerstrasse near the Checkpoint Charlie border crossing (I) [Aug. 17, 1962] (Photo: BStU_MfS_ZAIG_FO_694_Bild_13)
At the same time, pictures taken by western photographers and camera crews of the young man dying were shown around the world. [38] They turned Peter Fechter’s agonizing death into a symbol of the East German border regime’s inhumanity. [39] Today, no chronicle of the 20th century or review of Cold War history omits the name Peter Fechter. The inscription on his gravestone, “remembered by all,” sadly proved itself true.

Peter Fechter, who died so publicly and painfully on that August 17, 1962, was a quiet, inconspicuous East German teenager. Born during the war in 1944 in Berlin, he grew up with two older sisters in humble conditions in the Weissensee district. His father worked as an engine builder; his mother was a salesclerk. Their only son left school at the age of 14 and began an apprenticeship as a bricklayer, a vocation that was in high demand during the reconstruction period following the war. His oldest sister was married and lived on the west side of the city. Her parents and siblings had visited her regularly before the Wall was built. [40] Before passing his qualification exam, Peter Fechter met Helmut K., who was doing an apprenticeship in the same company. In early 1962 they were both involved in rebuilding the former Kaiser-Wilhelm-Palais, a palace on the Unter den Linden boulevard. [41] Helmut K. later put on record in West Berlin that the two of them had been thinking about fleeing for a long time and were looking for a good opportunity to explore the border grounds, but that they did not yet have a concrete plan, nor had they begun any specific preparations. [42] The investigation that the Stasi staff conducted after his death found “no evidence of a prepared border breach.” [43]

It appears that the two youths had hardly discussed with each other their reasons for wanting to flee. They knew that they were both unable to identify with the existing political situation and dreamed of a better life in the West. A Stasi file also revealed that Peter Fechter’s company had denied him a trip to West Germany and this may have played a role in his decision to flee. But his work evaluation was impeccable. “Colleague F. is a willing and hard-working craftsman. Loafing and absenteeism are not a problem with him.” [44] Helmut K. also spoke of him as “a good colleague, cordial and honest, and that is why I hung out with him. He was a good acquaintance of mine, although we were not really friends.” [45] One day, Helmut K. explained, while wandering about, they noticed a dilapidated building on Schützenstrasse that had once housed a carpentry workshop. Its back windows faced Zimmerstrasse and extended almost to the Wall. During their lunch break two days later, they spontaneously agreed not to return to the construction site and to check out the building instead.

Peter Fechter: East German border guards removing the dead body from Zimmerstrasse near the Checkpoint Charlie border crossing (I) [Aug. 17, 1962] (Photo: Polizeihistorische Sammlung/Der Polizeipräsident in Berlin)
The two young men were able to reach the back of the building from the carpenter workshop without being noticed. They found a window in the storage room that had not been bricked up. When they heard voices a little later they feared that they might be discovered and hastily jumped out the window. Having taken off their shoes earlier, they ran in their socks to the Wall, just a few meters away. When the first shots were fired, Helmut K. said Peter Fechter remained motionless as if he were rooted to the ground. “I had reached the Wall by then, jumped up and forced myself through the barbed wire on the top of the Wall. I don’t know why Peter didn’t climb up. He should have been at the Wall before me. He didn’t say anything and I had the feeling when the shots were fired that Peter Fechter was in a state of shock. I called out loudly to him: ‘Come on, come on, hurry up!’ But he didn’t move.” [46]

The border troop files reveal that the two fugitives were shot at from both sides without warning. Four border guards fired a total of 35 shots. Peter Fechter, hit as he jumped up on to the Wall, fell backwards and leaned against the Wall support. [47] The report claimed that he had already given up his flight at this point, but instead of arresting the defenseless young man, the border guards took up a new position and continued firing until he collapsed to the ground. When he began screaming loudly for help, the guards took cover, supposedly because they felt threatened by the West Berlin police officers on the other side who were pointing their guns at them.

In the East mistakes were later admitted and followed up with demands that “in this kind of case…an injured person should be removed directly from the border grounds because the enemy should not be provided with any argument for getting riled up.” [48] Official East German reports, however, continued to present the view that the conduct of the West Berlin police, photographers and camera teams was responsible for causing delays in the retrieval of the injured fugitive. The chief propagandist, Karl-Eduard von Schnitzler, went so far as to justify the border guards’ brutality as being good for and in the interest of the state.

In his commentary he dishonored the victim with the following words: “And when this kind of element […] is wounded directly on the border and not retrieved immediately – then a huge fuss is made. […] The life of each one of our brave young men in uniform is more important to us than the life of a lawbreaker. By staying away from our state border – blood, tears and screams can be avoided.” [49]

This commentary was broadcast on the East German radio program “Schwarzer Kanal” on the same day that Peter Fechter’s funeral took place at the cemetery of the Resurrection Congregation in Berlin-Weissensee. In addition to the painful loss of their only son, the family of the deceased was subjected to reprisals from the East German government for decades. In July 1990 Peter Fechter’s sister pressed charges that opened preliminary proceedings and that ultimately ended in the conviction of two guards. Found guilty of manslaughter, they were sentenced to 20 and 21 months in prison, a sentence that was commuted to probation. [50]

During the main proceedings, Ruth Fechter, the victim’s younger sister who served as a joint plaintiff in the trial, expressed herself through her attorneys. They explained that she thought it important to speak out, to no longer be “damned by passivity and inactivity” and to get out of “the objectified role that she had been put in until then.” She movingly described how she and her family experienced the tragic death of her brother and had felt powerless to act against his public defamation. They had been sworn to secrecy, an involuntary obligation that put the family under tremendous pressure. “We were ostracized and experienced hostile encounters daily. They were not born of our personal desire, but were instead imposed on us by others, becoming a central element in the life of the Fechter Family.” After all those years, participating in the trial as a joint plaintiff offered Ruth Fechter an opportunity to participate in the effort to explain, research and evaluate the circumstances of her brother’s death. And she added that the legal perspective occasionally overlooks the fact that in this case “world history fatally intersected with the fate of a single individual.” [51] Christine Brecht 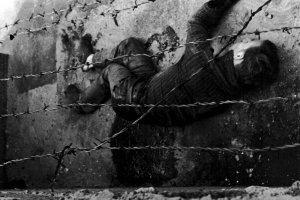 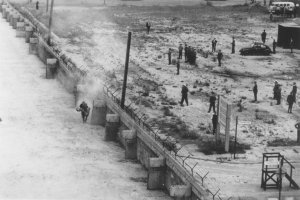 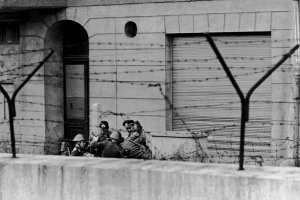