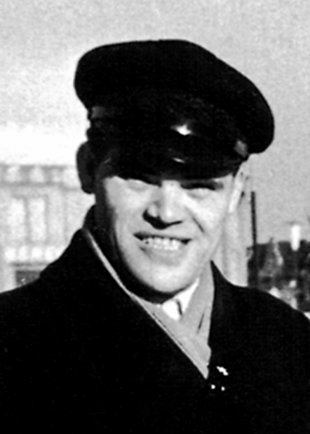 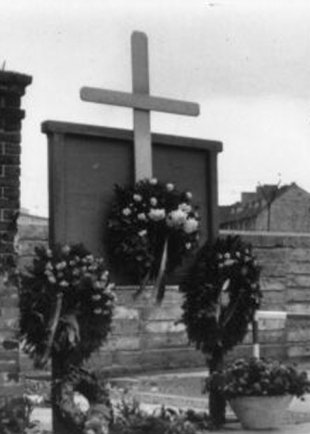 at the Sophien Cemetery, Bernauer Strasse/Bergstrasse
at the sector border between Berlin-Mitte and Berlin-Wedding

The cemetery of the East Berlin Sophien Parish bordered Bernauer Strasse, which belonged to the western part of the city. After the Wall was built, access to these grounds was highly restricted. Border guards patrolled between the rows of graves and checked all visitors’ papers before they could enter the cemetery. On the afternoon of September 4, 1962, two gun shots interrupted the peacefulness of the cemetery. A man, fatally wounded, fell down from the cemetery wall between the graves. [27] On the other side of Bernauer Strasse, West Berlin residents opened their windows and saw border guards carry a lifeless body away on a stretcher. Many of the eyewitnesses remembered the fugitive as the "man with the cap" [28] because when he fell, his hat flew off and landed on the west side of the Wall. Forensic investigations later found that the hat had a hole in it, bearing evidence that the victim had been shot in the head. [29] 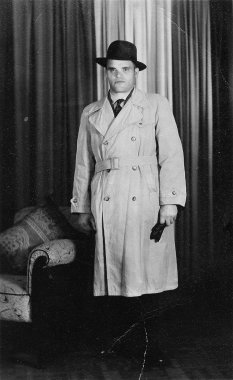 Ernst Mundt; date of photo not known (Photo: private)
Ernst Mundt was 40 years old when he was killed trying to escape. He was born on December 2, 1921 in Bad Polzin in Eastern Pomerania. In 1950 the carpenter moved from Falkensee to East Berlin in search of work. He worked on the construction of the Friesen Stadium, a socialist prestige project that was erected very quickly on Dimitroffstrasse, now known as Danziger Strasse. The stadium was officially opened in 1951. Ernst Mundt had to give up his profession due to poor health. When the Berlin Wall was erected, the bachelor, who received a disability pension and lived in a studio apartment in Prenzlauer Berg, was separated from his relatives on the west side of the city. Since visits were no longer possible, his mother maintained contact with him by mail and regularly sent him packages with food and other necessities. She did not know that her son was planning to flee or why he decided to do so. The East German authorities never found out what had motivated him. Staff members of the Ministry of State Security who questioned Ernst Mundt’s neighbors after his escape attempt only learned that he had openly criticized the fact that the sector border had been sealed off. [30]

Ernst Mundt traveled by bike from his apartment to the Sophien Cemetery on the afternoon of September 4, 1962. He parked his bike on Bergstrasse, where the path was blocked by barbed wire. He climbed on top of the cemetery wall that was covered with pieces of broken glass to prevent intruders and ran along the top towards the sector border. Eyewitnesses reported that when cemetery visitors and border guards demanded that he get down, he answered: "I won’t get down. I am on duty." [31] He had almost reached the border when two transport police officers who were posted approximately a hundred meters away on the grounds of the Nordbahnhof station noticed him fleeing. One of them fired a warning shot and then quickly fired a shot at him. Ernst Mundt was hit in the head and killed immediately. Thirty years later, when the guard who fired the shot faced charges in court, he justified his actions by claiming that he was only following orders. [32] 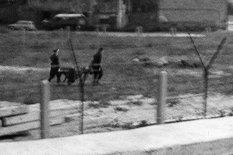 Ernst Mundt: Removing the injured man from the death strip, Sept. 4, 1962 (Photo: Polizeihistorische Sammlung/Der Polizeipräsident in Berlin)
At the time the guard received immediate approval for his actions from the border troop leadership. That very day the East Berlin commander Helmut Poppe awarded him a bonus and the "Medal for Exemplary Service at the Border." In his final report the commander of the 1st Border Brigade concluded that Sergeant M. "handled his weapon superbly and put it to use masterfully." [33] The quick removal of the deceased was also praised as a military success. The border troop leader praised the border guards involved for successfully removing the "injured criminal before the West Berlin police, press and camera crews could arrive." [34] They had taken the right measures according to Order 56/62, which had been passed in reaction to the death of Peter Fechter fourteen days earlier. The order was designed to ensure that fugitives who were killed or injured at the Wall be removed as quickly as possible to make sure that the western public had nothing to see.

Ernst Mundt’s relatives in West Berlin had great difficulty in finding out what had happened to him. His mother’s request for information from the East German authorities remained unanswered, but private investigations from East Berlin relatives were able to confirm her fear that the fugitive who was killed was her son Ernst. In early November the younger son traveled from Krefeld to Berlin in order to find out the facts once and for all. [35] As a West German, he was allowed to travel to East Berlin. His mother was not. Stasi files show that his unexpected visit put the East German authorities under pressure. After he refused to be sent away, an East Berlin state prosecutor eventually told him tersely that his brother had been injured during a "border provocation" and died from his injuries. [36] The family was told that the urn was buried in the Baumschulenweg Cemetery. The Stasi had already had the body cremated and buried anonymously. [37]

Ernst Mundt was the third fugitive in three weeks to be killed at the Berlin Wall. Anger and disgust grew in West Berlin in response to the frequency of such fatal incidents. The police had to break up a group of angry demonstrators on Gartenstrasse, who, according to one report, "were adopting a threatening attitude toward the Grepo [border police] and Trapo [transport police] positioned near the sector border." [38] There were also clear expressions of public mourning and sympathy for the fate of those killed as well. A cross was erected at the corner of Bernauer Strasse and Bergstrasse and decorated by passersby with flowers and wreaths. [39] A year later the Wedding district office replaced the cross with a monument made of logs and barbed wire. 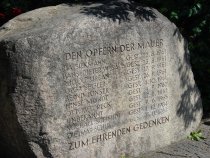 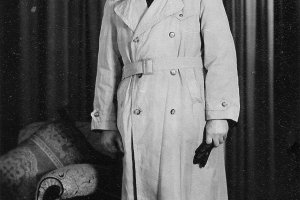 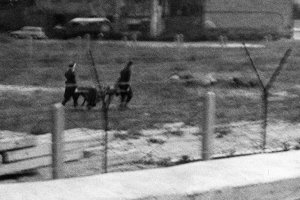 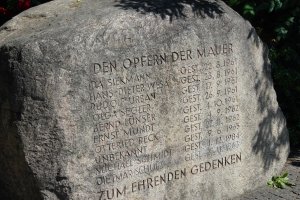