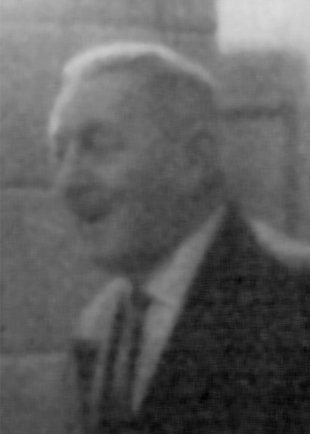 Anton Walzer was 60 years old when he tried to flee from East Berlin to West Berlin in October 1962. Born on April 27, 1902 in Weiler, located in Upper Swabia near Ravensburg, he had lived with his first wife in Berlin-Weissensee since the mid-1920s. They had two daughters. The father, a trained paint refiner, worked for many years for a paint company in Weissensee called Warnecke & Böhm. He saw the business 'aryanized' under the Nazis and witnessed Jewish slave laborers being forced to work there. [23] After 1945 the company, which was now located in the Soviet-occupied sector of Berlin, was expropriated and nationalized. It was during this time that Anton Walzer married a second time. Like so many skilled workers, in 1955 he turned his back on East Germany and fled with his second wife and their children to West Germany. They settled in Offenbach am Main, but when Anton Walzer’s mother-in-law became seriously ill, his wife wanted to be by her and in 1958 the family moved back to East Berlin. [24]

This move caused Anton Walzer tremendous difficulties. The East German authorities considered so-called repatriates to be politically unreliable and this suspicion affected his professional life directly. He was allowed to work for the same company he had worked for previously, but not in a position that corresponded to the skills and abilities that he had acquired as a master paint refiner. He felt compelled to take on a poorly paid position for which he was overqualified. This form of humiliation was especially hard for Anton Walzer to endure and he turned increasingly to alcohol. The relationship with his wife also fell apart. A date for the divorce had already been set when he attempted to flee to West Berlin on the evening of October 8, 1962. After drinking alcohol to boost his courage, the sixty-year-old man approached the sector border on the Oberbaum Bridge in the East Berlin district of Friedrichshain. He entered the premises at the Spreeufer unnoticed and climbed onto a barge that was attached there. Protected by the darkness, he jumped from the ship into the water at around 10:15 p.m. and began swimming to the West Berlin bank on the other side. [25]

Anton Walzer: East German border troop crime site photo of the escape route through the Spree near the Oberbaum Bridge between Berlin-Friedrichshain and Berlin-Kreuzberg [Oct. 8, 1962] (Photo: BArch, VA-07/16930, Bl. 45)
The East German border troops had an observation site not far away. The two guards in charge of keeping surveillance on the embankment and river immediately noticed the escape attempt. When Anton Walzer jumped in the water the head guard was said to have called out: "Someone is taking off over there," [26] and both border guards opened fire. A number of shots hit the West Berlin riverbank (Gröbenufer). The people there had just barely enough time to take cover. Finding himself in danger, a West Berlin police officer on duty returned the fire. At the same time a boat with East German border troops was approaching the fugitive in the Spree at a place that belonged entirely to East Berlin. His arrest was inevitable, but the guard leader on the bank did not stop shooting. He fired a total of 18 shots at the man. One bullet hit Anton Walzer in the back of his head, killing him immediately. He sank into the water. [27]

Moments after the shots were heard, a crowd of Kreuzberg residents gathered on the riverbank. They expressed their disgust with calls of "Murderer, murderer!" while the border soldiers searched the Spree for the dead man. The next day the water police and firemen continued the search under the gaze of many West Berliners. When the body was found and pulled out of the water at around 8:30 a.m., boats were positioned in front of the divers to obstruct the West Berliners’ view. Ever since the pictures of the dying Peter Fechter had been seen around the world in August 1962, the East German leadership placed great importance on keeping the dead fugitives out of view of the western public. This time the western photographers were not even able to get a picture of the dead man. One newspaper commented: "Vopo murderers don’t want any eyewitnesses." [28] The West did not immediately learn the name of the deceased, although soon after they retrieved the body the East German authorities were able to identify the sixty-year-old man as Anton Walzer.

Protest demonstrations took place on Gröbenufer for days after the shooting. Udo Düllick had died at the same spot just a year earlier. A wooden cross and a memorial stone still preserved the memory of his failed escape. Two young teenagers erected another wooden cross next to it. Other West Berlin protesters unrolled a banner with the words "death penalty for Ulbricht and his murderous helpers" written in large letters. The young teenagers who put up the cross wanted to disassociate themselves from this attitude. They wanted to try to put a stop to the spiral of violence and came up with their own slogan: "We can also be strong without violence." [29]

The East German authorities declared the shooting of Anton Walzer to be an "armed provocation of the enemy" in which a "border violator" received covering fire from the west side. [30] This version of the situation also found expression in the reports of the border troop leadership which fully justified the conduct of the marksmen. The East Berlin commander Poppe commented that, "in spite of the shots fired at them by the enemy, the guards had shown strong initiative and responded tactically, thereby fulfilling the assigned combat mission in an exemplary fashion." [31]

Thirty years later, when the violent acts at the Berlin Wall were prosecuted in court, the head guard who had been on duty at the time confessed to the act. He testified that he found himself in a moral conflict with which he could no longer live, although he denied having aimed his shots directly at the man, claiming that he had merely fired shots to try to get the victim to turn back. [32] In August 1994 the Berlin district court found Arno O. guilty of manslaughter and sentenced him to one and a half years in prison which was commuted to probation. The opinion of the court indicates that it found mitigating circumstances in the fact that the defendant showed remorse, but that there was no doubt about his personal responsibility for the death of Anton Walzer: "The killing of a clearly defenseless person, swimming, who posed in no way a threat to the gunman, only to the interests of the East German state, is so blatantly in breach of elementary principles of humanity and justice to which East Germany […] – at least verbally – has pledged itself, that the legal wrong before us should have been apparent to anyone and recognizable to most." [33] 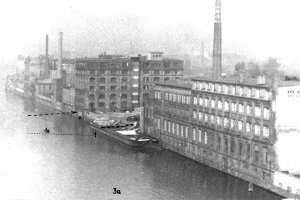