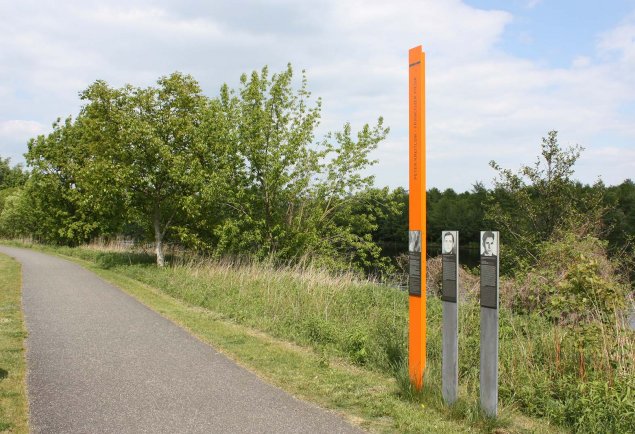 Five teenagers set off from Hennigsdorf on the night of January 23 to break through the border grounds to West Berlin. They had happened to meet at a youth club that evening and spontaneously decided to leave East Germany together. [37] Bernd K. was the only one from Hennigsdorf; the others were from East Berlin and had come to the small town in the northwest of the city that evening to attend a dance. They followed Bernd K., who knew his way around the area, and slithered across the frozen Havel Canal between Hennigsdorf and Nieder Neuendorf. Then they turned into a snow-covered forest, avoiding streets and paths as they cautiously approached the border. But two soldiers hindered their escape long before the teenagers reached their goal. The soldiers, part of a Soviet military unit stationed in Nieder Neuendorf, were responsible for guarding the area close to the border. It was never determined exactly when they noticed the fugitives and began chasing them. Just why the soldiers opened fire in the wooded area approximately 2,000 meters from the border fortifications also remains unclear. These shots cost Peter Kreitlow, age twenty, his life. He was hit a number of times, including a shot to the head, and died shortly after midnight. [38]

It was decided that an autopsy was not necessary since the cause of death was obvious. [39] This departure from the usual practice suggests that Peter Kreitlow’s death was a delicate matter for the East German leadership. If the population learned that a Soviet border patrol had shot and killed an East German youth, it might cause increased resentment towards the occupying power. An investigation of the soldiers’ conduct or an attempt to punish them was not only out of the question out of respect for the Soviet Union, but also because no legal basis existed for doing this. Instead the border troop leadership and East German secret police left no doubt in their reports that the shots were completely justified. One Stasi report that reached Walter Ulbricht and Erich Honecker stated: „The Soviet border patrols made use of their firearms because the accused tried to escape arrest." [40] Moreover, it was established „that this was a planned and serious border breach." [41]

A border guard, who later fled to the West, reported that the conduct of the Soviet soldiers was explained to the East German border troops with similar arguments and approval. [42] Convicting the perpetrators in court, however, remained impossible even after the East German archives were made accessible. Berlin’s public prosecutor’s office opened an investigation, but found that even after the collapse of East Germany there was no legal foundation to demand that the Russian authorities reveal the name of the soldiers so that they could be tried in Germany. [43] 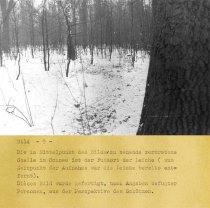 Peter Kreitlow: MfS photo of crime site between Nieder Neuendorf and Berlin-Spandau [Jan. 24, 1963] (Photo: BStU, MfS, AS 754/70, Bd. 10, Nr. 1, Bl. 18)
Peter Kreitlow is the only East German fugitive known to have been shot and killed at the Berlin Wall by members of the Soviet occupying forces between 1961 and 1989. He was born in Berlin during the Second World War in January 1943. His mother is believed to have died before the war ended. His father, who worked for the state-owned company „Bergmann-Borsig" after the war, remarried, but Peter Kreitlow did not get along with his stepmother. This caused fighting at home and as soon as Peter Kreitlow turned 18, his father threw him out. The Wall was built the same year, putting an end to his visits to the western part of the city that had been a welcome diversion from the daily routine in East Germany. After the Wall went up, Peter Kreitlow’s life was marked by trouble with his parents and conflicts with his supervisors at work. After training to become a baker, he eked out a living as a part-time worker at various industrial plants. He last worked at an industrialized building site in Schwedt, but continued to sublet an apartment in East Berlin. [44] Apparently there was nothing keeping the young man in East Germany. It seems likely that Peter Kreitlow and his friends dreamed of a better life in the West without having any concrete plans to escape. [45] Stasi reports polarized these desires and hopes and came to the conclusion that the teenagers wanted to flee to West Berlin „because they were hostile to the social conditions in East Germany." [46]

Peter Kreitlow and his three friends drove to Hennigsdorf on January 23, 1963. They met Bernd K. there, whom Peter Kreitlow knew from previous visits to Hennigsdorf. Bernd K. had already been convicted of planning an escape in February 1962 and had been sentenced to a seven-month prison term. The Stasi files stated that he had spent a lot of time in West Berlin before the Wall was built. [47] Bernd K. knew that Peter Kreitlow and his friends were on his wavelength. When they started talking, he told them that he intended to flee and invited them to join him. One of the youths admitted during a Stasi interrogation that after an initial hesitation, Peter Kreitlow and his friends let themselves be talked into fleeing. [48] Another one said that K.’s description had been tempting, but he did not tell the Stasi interrogator what his motives had been for leaving: „I didn’t have any reason and I don’t think the others did either. For me it was about getting to West Berlin because [K.]’s description excited me. Apparently it was the same for the others. No one had any real reasons for taking this step." [49] The Stasi interrogator put on record that, unlike the others, K. had envisioned what a good life he would have in West Berlin since he would be able to live with his grandmother and could get away from home, where he no longer felt comfortable. He barely spent any time at home anymore because of his bad relationship with his father. Peter Kreitlow and his friends also wanted to get away. The friend said „that he didn’t care about anything and was happy to give up his apartment in Berlin. He acted as though he had nothing more to lose here. Kreitlow agreed […] and said that it wouldn’t be because of him if they failed to go through with the plan." [50] That is how they came to agree to risk an escape and set off towards the border at around 11 p.m.

During a closed hearing on May 20, 1963, the city court of greater Berlin found Peter Kreitlow’s friends guilty of „leaving illegally" and inciting such action and sentenced them to ten months and 18 months in prison. [51] Because of the shooting of Peter Kreitlow, the East Berlin district administration deemed it necessary „to exclude the public in the interest of the security of the state." [52] Nonetheless, the Stasi was not able to prevent the news that Peter Kreitlow had been shot by Soviet soldiers from spreading among neighbors and colleagues and even reaching the West Berlin authorities. [53]

The victim’s funeral was organized by a Stasi agent who employed every conspiracy method in the book. It was noted that „Comrade H. took it upon himself to purchase the urn site at the Berlin-Pankow III Cemetery without allowing the cause of death to be known there." Moreover, at the cemetery it was announced „that the father did not want other family members to be informed of the date of the burial. The cemetery administration agreed to honor this frequently-requested wish." [54] The memorial service for Peter Kreitlow finally took place on March 5, 1963. On request of his father, the urn was buried next to his mother’s grave. 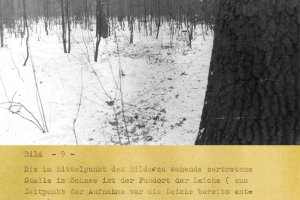