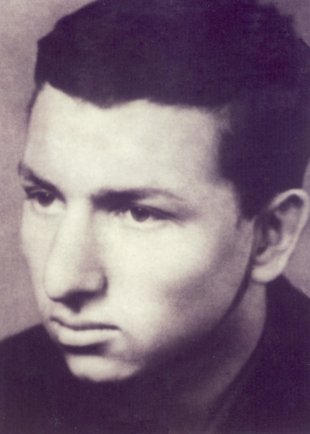 Hans-Joachim Wolf, age 17, was last seen by his parents at around 8 o’clock in the morning on November 25, 1964. His parents had left for work. Hans-Joachim Wolf was supposed to go to his vocational school, but he never arrived there. Instead he rented a room in the Hotel Adlon. [39] He had a briefcase with him containing an umbrella, pills, and a rope. The Hotel Adlon was situated very close to the border fortifications at the Brandenburg Gate. Apparently Hans-Joachim Wolf had considered crossing the border to West Berlin by climbing down a rope there. His parents were already very worried and reported him missing to the police that night. [40]

The next day Hans-Joachim Wolf decided against this escape plan. He put his briefcase in a locker at Alexanderplatz. [41] That evening he tried to escape to West Berlin from another location. He approached the border in Berlin-Treptow from Baumschulenstrasse. He went through the "Silberlinde" garden settlement and climbed over the approximately 2.5-meter-high barbed wire fence east of the Heidekampgraben on the southern bank of the Britzer Zweig Canal. [42] It was 6:30 p.m., already dark and the air temperature was four degrees Celsius when Hans-Joachim Wolf jumped into the canal. He probably thought that the border soldiers would not be expecting an escape through the ice cold water at this time of year and would therefore be less attentive. But the border guards stationed not far from the bank saw him and without warning, began shooting. Hans-Joachim Wolf was aware of the danger he was in. He called out to the guards that they should stop shooting, but the two guards ignored his effort to abandon his escape attempt. They fired a total of 61 shots at Hans-Joachim Wolf. One hit him in the chest and killed him. [43]

The shots were heard on the West Berlin side of the canal. Given the intense shooting, the West Berlin police felt compelled to close the nearby border crossing at Sonnenallee from 6:30 to 7 p.m. so that the West Berliners who were waiting for senior citizens to arrive from East Berlin would not be endangered. The next day newspapers reported that an unknown fugitive was killed in a hail of bullets. [44]

Hans-Joachim Wolf was living in Berlin-Friedrichshain with his parents and was working as a gas station attendant and a salesclerk when he tried to escape. He had begun an apprenticeship at a cable plant in Berlin-Köpenick in September 1964. After his death his mother suggested that he may have fled because he had been denied the apprenticeship he wanted as a radio and telecommunications technician, although he had good grades and was active in the state-run youth associations. [45] A Stasi report on Hans-Joachim Wolf stated: "W. has a good reputation. He is polite, friendly and cooperative in his neighborhood. He is characterized as a very clean and orderly young person with a distinct dress style. He does not roam about and is characterized as a loner. […] He is not sympathetic toward our Worker and Peasant State. If the border were still open he would have fled the republic long ago." [46] His sister thought that it was probably his escape plans that had turned Hans-Joachim Wolf into a loner. She remembered her brother as a very friendly and cheerful person who had a number of close friendships and also maintained a number of letter correspondences. His relationship with his parents was also very good and open. [47] In discussions with his parents, Hans-Joachim Wolf had articulated his view that the living conditions in West Berlin and West Germany were better than in East Germany, although he never specifically expressed thoughts about fleeing. [48] He probably wanted to spare his parents repercussions from the Stasi that they would have been subjected to had they known of his plans. Moreover, he would not have wanted them to worry since his sister, who was four years older than he, had already fled to West Berlin in 1961 and was still suffering from health problems as a consequence. Only to his grandmother did he mention in the summer of 1964 "that he could try to get to West Berlin from the bank of the Reichstag." [49] Hans-Joachim Wolf probably began preparing his escape in November 1964. His mother saw her son sort out his belongings and burn all the letters he had received from friends in West Berlin. [50]

Hans-Joachim Wolf had already tried to escape once before on December 9, 1963. He had wanted to reach West Berlin by train. When he was caught at the Friedrichstrasse station, he claimed that he had boarded the wrong train by mistake. Evidently they believed him because he was not criminally prosecuted. [51]

His parents did not learn of their son’s death until two days after his failed escape attempt. They were told that he had accidentally drowned while "violating the state border." [52] The exact location was not disclosed to them. They were not allowed to see their son’s body, nor were they permitted to have a large memorial service. Hans-Joachim Wolf was cremated in the crematorium in Berlin-Baumschulenweg. The urn burial took place in the Parochial Cemetery in Berlin-Friedrichshain.

Hans-Joachim Wolf’s parents did not believe the story they had been told by the Stasi. They knew that their son was a good swimmer. Moreover, the father found blood stains on his son’s watch when it was returned to him. [53] The mother contacted a cousin living in West Berlin to try to find out how her son really died. [54] Joachim Wolf’s sister in Munich also tried to get information. Her mother sent her letters telling her what had happened. She shared her parents’ belief that her brother had not drowned but had been shot while trying to escape. The sister informed the human rights organization "Liberal Jurists Board of Inquiry" in Berlin about the case and made a statement to the Munich police in February 1965, which she revoked a short time later: She feared that it might cause problems for her parents who were living in East Germany. [55]

Exactly what happened to Joachim Wolf was not clarified until 1994 when the guards involved were tried by the Berlin district court. The case against one of the former border guards was discontinued when he died in March 1996. That same year the court sentenced the other defendant to a year and a half in prison for manslaughter. [56] The prison sentence was commuted to probation. By then Joachim Wolf’s parents had passed away. [57]