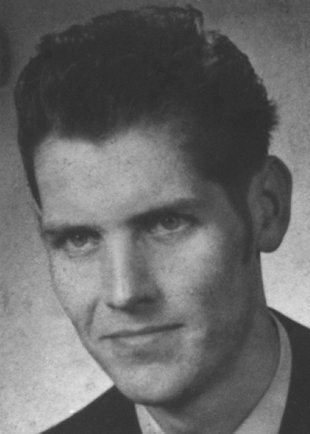 An unidentified man entered the Spree from the west bank between the Kreuzberg and Friedrichshain districts and swam towards the east side at around 9:30 p.m. on March 25, 1965. [31] Twenty meters in front of the East Berlin riverbank near the Osthafen paper mill, the man, "presumably under the influence of alcohol" – as it was noted in a border troop report – asked the border guard for help. He did not have any strength left apparently. The guard may not have recognized the seriousness of the situation or perhaps he thought that he should not recognize it while on duty. In any case, he did no more than to point out to the swimmer "places at the bank wall where it was possible to exit." [32] Following his advice, the swimmer tried to climb the steep bank of the Spree and reach land, but he fell back into the water just five meters away from the watchtower. He went under right before the eyes of the border guard, who remained passive. [33]

Only then did the guard take action; he "fired five shots in the air with his service weapon to alarm the border patrol boat." He also set off a red flare. In response a number of boats arrived and using hooks searched the water for the sunken man. They gave up the search at around 10:30 p.m. Having been alarmed by the shots an hour earlier, West Berlin fire trucks arrived at the scene. They were joined by police cars and two water rescuers in diving suits. Between 80 and 100 West Berliners watched the events from the west bank. The commander of the 1st Border Brigade who had rushed to the scene gave the order from the east bank: "If divers from the west side attempt to enter the water then you are to open fire. Border violators [are] to be exterminated." [34] The presence of the West Berlin police was proof enough to the East Berlin side that they were dealing with "a planned provocation from the enemy." [35]

Nineteen days later, on April 13, 1965, a body was discovered floating downstream between the Brommy Bridge and the Schilling Bridge. The Stasi was certain that this must have been the man who had died on March 15. The Berlin investigating authorities came to the same conclusion in the 1990s. The identity card found on the dead man’s body belonged to Ulrich Krzemien.

Ulrich Krzemien was born in Berlin on September 13, 1940, the fourth of six children. [36] His father, a Wehrmacht soldier, never returned home from the Second World War. The mother provided for the large family alone during the difficult post-war years. After completing 8th grade, Ulrich trained as a bricklayer with a state-owned building company in Berlin and in 1958 began working for a number of different East Berlin building companies. One day in the summer of 1959 he did not return home to his mother’s apartment in Berlin-Treptow and she reported him missing to the East German police. At that time Ulrich Krzemien had been looking for an apartment and a job on the west side of the city. After a few weeks the nineteen-year-old sent his mother a letter explaining that from now on he planned to live in the West.

He visited his mother often in the eastern part of the city as long as the sector border was still open. [37] That is where he was arrested in July 1961 and charged with "exiting democratic Berlin illegally and slandering the state in coincidence with resistance against state authority." [38] The Berlin-Treptow district court sentenced him to a year and two months in prison in early August. He served his sentence in Berlin-Rummelsburg and in the Bützow-Dreibergen prison and was released on September 29, 1962 – but he was not permitted to return to his residence and workplace in West Berlin. He was forced to remain against his will on the east side of the city and was given a job working for a state-owned company, "VEB Kühlautomat." [39] The city’s sector borders were closed and walled up by then, but Ulrich Krzemien did not let this deter him. He succeeded in escaping to West Berlin again by mid - October 1962. He wrote his mother that he had fled through the Teltow Canal. She received mail regularly from her son on the west side of the city. She learned that he was soon engaged to be married, but the relationship only lasted six months and was over by the end of 1964. The man, now 24 years old, may not have gotten over his broken engagement.

One day after the body was found, Ulrich Krzemien’s mother was interrogated by a Stasi agent and informed of her son’s death. She was told that he died during a border provocation and she should pretend that the death was an accident. She was handed a death certificate dated March 25, 1965, but she was not permitted to send it to his residence and workplace in West Berlin. She was also not permitted to see his body and was pressured to agree to a cremation and burial at the Berlin-Baumschulenweg Cemetery. The memorial service was only to be for "the immediate family." [40]

An autopsy was conducted on the body on April 15. The autopsy report and expert opinion recorded the death date as March 31, 1965. Evidently a Stasi agent had directed the autopsy examiners to do this. [41] The body’s decomposition made it impossible to identify the body as that of Ulrich Krzemien based on the photos in the passport that he had on him. But a comparison of the autopsy results with the information on Ulrich Krzemien's identifying features that the mother and sister had provided on May 10 showed that almost everything matched up. [42]

At the end of 1990, one of Ulrich Krzemien’s sisters, who lived in East Berlin, wrote a letter to the Berlin Senate stating that she believed her brother was shot on the inner-city border between Rudow and Johannisthal near the Massante Bridge and that the body had been retrieved from the Teltow Canal on April 15, 1965. An "East German state prosecutor" – that was usually how Stasi agents presented themselves to the relatives of people who died at the Wall – had provided her with this information at the time of her brother’s death. Upon her insistence the agent had admitted that her brother had been shot and killed, but he forbade her from speaking about it. [43]

The sister filed charges against unknown persons and requested an investigation. When she was questioned about the case in October 1991, she said that this "state prosecutor" had told her that the identifying features of her brother that she had provided corresponded exactly to those of the body found in the Teltow Canal. To this day, she added, she does not know "whether my brother Ulrich drowned by accident or whether he was shot and killed for violating the border." The "prosecutor" at that time had not provided any additional information. [44]

A short time later the investigation initiated by the Berlin public prosecutor’s office was dismissed due to a lack of probable cause. The investigating authorities agreed with the autopsy report and the expert opinion on alcohol consumption, and they concluded that Ulrich Krzemien had died "an unnatural death by drowning," facilitated by a high level of intoxication. No indication of physical violence from another party was found. [45]

What ultimately led Ulrich Krzemien – if indeed he was the swimmer found on March 25 – to swim in the Spree from West Berlin to East Berlin in the cold month of March, completely dressed and under the extreme influence of alcohol, was a secret he took with him to his grave.