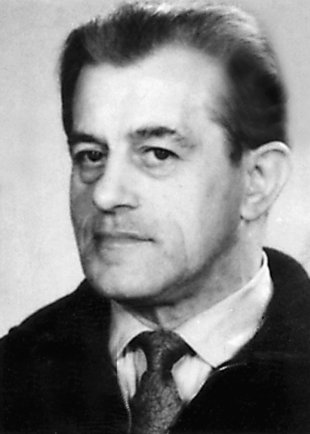 It was already dark when Erich Kühn tried to flee on the evening of November 26 from Kiefholzstrasse in the East Berlin district of Treptow to West Berlin. A large area had been blocked off around the grounds of the deserted tracks that ran across Kiefholzstrasse between the Treptower Park and Sonnenallee stations. Two border soldiers were posted on the bridge but they could not see Erich Kühn, who had approached the cordoned off area from beneath the railroad embankment. They were first alerted of his presence by a noise coming from the embankment slope. In the darkness they were unable to tell whether it was a fugitive and they were reluctant to intervene. So the guard leader contacted the company head guard by phone. When he ordered him to take action he demanded that the other guard shoot. The second guard released the safety of his Kalashnikov and fired "hastily into the shrubbery." This was reported by the press three decades later when the three border soldiers were taken to court. [23] Erich Kühn was hit, badly injured and brought to the People’s Police Hospital. A bullet through his stomach caused the man to die at the age of 62.

He evidently did not leave behind any relatives to grieve for him. At least the East German authorities were unable to find anybody to take care of his funeral. Hence the urn was buried in an anonymous grave in the Baumschulenweg Cemetery. [24] Erich Kühn’s fate did not become public until after the East German archives were opened. The public was very interested in the trial of the three former border soldiers who were held responsible for his death in 1995. The Berlin district court found them guilty of manslaughter and inciting manslaughter and sentenced them each to a one year prison sentence on probation.

Only fragments of Erich Kühn’s life could be reconstructed on the basis of official documents. They show that he was living an unsettled life full of problems and conflict, and that he was lonely, sick and poor when he decided to flee to West Berlin. Erich Kühn was born on February 27, 1903 in Landsberg an der Warthe, which now belongs to Poland. When he was nine years old he moved to Berlin where he spent most of his life. Not having any trained skills, he managed to make a living doing odd jobs and, according to Stasi files, he came into conflict with the law quite early in life. A police file of the East Berlin criminal investigation division revealed that at age 14 Erich Kühn served his first sentence, four weeks in prison, for theft. [25] That was in 1917, when Germany was still a monarchy and fighting in the First World War. During the Weimar Republic and Nazi era he was sentenced to prison and penal institutions a number of times for theft and falsifying documents. The last time was in January 1942. After the Second World War the authorities in the Soviet sector of Berlin first became aware of him due to his black-market dealings. Then, on November 16, 1953, he was convicted to six years and three months in a penitentiary for "fornication with children." [26] Erich Kühn was said to have had sex with a 13-year-old who evidently bore him a child. [27]

Erich Kühn was 56 years old when he was released from prison in June 1959. His life in the years that followed was dominated by personal and health problems, as well as a frequent change of jobs. After divorcing his second wife he married a third time in 1960, but this marriage also failed and he divorced four years later. His work situation also remained precarious. Before the Wall was erected, he apparently became a ‘border-crosser,’ a term used for someone who crossed the border daily to work in West Berlin. His employment record, which he had on him when he tried to escape, showed that he had been working for a number of companies in East Berlin as a transport and warehouse worker since February 1963. [28] His employment book also showed that he had spent the last weeks before his escape attempt in the hospital. Following a long stay in the Protestant Queen Elizabeth Hospital he was transferred to the Herzberg Municipal Hospital, a mental institution, on September 27. [29] He was sent home for a two-day leave on November 13 but never returned. [30] Documents found in his apartment suggested that he had found himself in a financial crisis: On November 18 he wrote an unsent letter to his last employer in which he refused to accept his dismissal. He was evidently being threatened with compulsory enforcement of alimony claims at that time as well. [31] He took a suit to a pawn shop on November 24. [32] All of this suggested that Erich Kühn had hoped to free himself of his problems by fleeing to West Berlin.

After his "arrest" on November 25, the wounded fugitive was operated on that night in the People’s Police Hospital. He was evidently conscious over the next few days but the condition of the 62-year-old deteriorated noticeably. The serious bullet wound had caused peritonitis, an inflammation of the abdominal lining, causing Erich Kühn to die on the evening of December 3, 1965. [33]