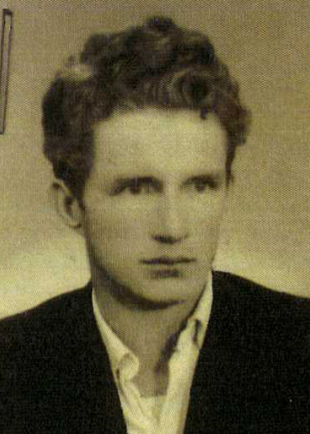 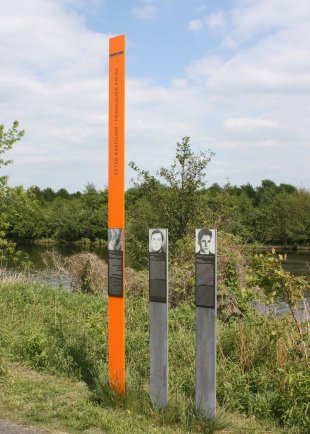 “Medium tall, blue eyes, curly black hair combed upward. Thin face. Special features: he has a tattoo of a girl with long hair on his lower left arm.” This was how an 18-year-old resident of the village of Bielinek described Franciszek Piesik, who was six years older at the time. [71] The young woman was the last person to see him before he fled Poland. [72]

Franciszek Piesik, born in 1942, [73] knew from personal experience what life was like in the region near the border. He grew up in a large family in Widuchowa on the Oder River, right at the “peace border” to East Germany. In the early 1960s, he worked in Polish freight traffic -- on a dredger and timber rafting. He later settled in Bromberg, got married and had a daughter. [74] The young man was confident and enjoyed taking risks. He had been arrested twice and served time in prison. The first arrest was during his military service, when he left his unit without permission. [75] The second time he was caught breaking into a bar. [76] In early 1967 he was free again and had a job working as a welder and painter with the Bromberg Metal Works. [77]

In 1967, anyone who visited the area near the border between Poland and East Germany was required to register with the police within 24 hours. [83] Franciszek Piesik disregarded this regulation. [84] He was lucky that no one reported him. Since he had worked in Bielinek in the past, no one suspected he was planning an escape.

On October 14, a Sunday, Franciszek Piesik spent another evening on the “Neptune” dredger and the houseboat “Matylda.” His brothers Leon and Ryszard were no longer there; they had taken a bus to Widuchowa that afternoon. Franciszek Piesik insisted on sleeping on the “Neptune” that night. [85] At around midnight one of the workers noticed that he was gone along with the dredger’s rowboat. The search on the Polish side of the Oder was fruitless. Had their new acquaintance drowned? Did the current carry the boat off? They decided to wait. The rowboat was discovered at dawn on the other side of the river. The suspicion that Franciszek Piesik may have fled took hold at this point. But why had he docked the boat on the East German embankment? The border troops in neighboring Chojna were informed of the events on the morning of October 15.

The following day the Stettin border troop brigade opened a preliminary investigation against the suspect for illegally crossing the border. [86] The East German border troops were provided with his personal data including a physical description and two photographs. [87] It soon became clear: The Polish man had been seen at the Lüdersdorf train station on the morning of October 15. There was no further trace of him after he reached Bad Freienwalde. A train line connected the small city to East Berlin and Frankfurt (Oder). [88] Franciszek Piesik did, in fact, reach the area around Berlin without being noticed.

He arrived at an area near Hennigsdorf, on the northern edge of Berlin, on October 17. He was carrying diagonal pliers with him as well as a sketch marking the line of the border in this region. [89] Franciszek Piesik had never been outside of Poland before. But he had worked with Poles in freight shipping who had been allowed to travel to West Germany and other countries in the West. They may have provided him with details. The young man began his escape in the early evening of October 17, 1967. He stole a motorboat near Hennigsdorf and steered it southward. [90] Franciszek Piesik had probably wanted to maneuver around a headland that divided the canal from the Nieder Neuendorf Lake, which was only a hundred meters wide. The border line ran through the middle. Heiligensee, a district of West Berlin, was situated at the other side of the river. But the border guards noticed the boat. “When he was ordered to stop, he jumped from the boat into the water … he left his clothes and other things behind,” a Polish border officer later wrote, citing information from his East German colleagues. [91]

Another report suggested that Piesik had managed to reach the marshy headland and left his belongings there. [92] In any case, he had to change his original plan and began swimming across the Nieder Neuendorf Lake. Under normal circumstances that would not have been difficult for a young man who had grown up on the Oder River. But he has been on the run for three days and it was autumn and cold. The water temperature was not more than ten degrees Celsius. Did Franciszek Piesik drown because of hyperthermia and exhaustion? Or did he perhaps hide in the swampy reeds and die there? The East German border guards first told their Polish colleagues that shots had been fired, but this information was quickly denied. [93] An internal report from the National People’s Army (NVA) even reprimands the “non-use of firearms to arrest or annihilate the border violator.” [94] 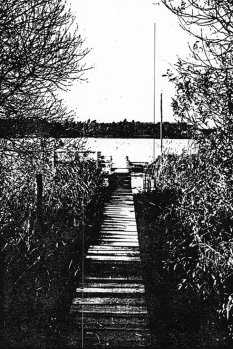 According to the autopsy, his respiratory tract was full of sludge. There was no indication of external force. [98] The Polish authorities treated the family of the refugee in a manner typical of Communist states. Franciszek Piesik’s relatives recall frequent visits from the security service. They were questioned and intimidated, their apartments were carefully searched. The family was not informed of any progress in the investigation. [99] When Franciszek Piesik’s wife made inquiries to the border troops, she was informed in spring 1968 that her husband had crossed the border to East Germany illegally and that his fate remained unknown.” [100] The West Berlin police provided the Polish authorities with fingerprints in mid-January, 1968. This made it possible to identify the dead man with certainty. [101] Nearly a half year after his death, Franciszek Piesik was buried in the Berlin-Heiligensee cemetery -- the very district that he had hoped to reach in October 1967. [102]

His grave was leveled after a few years because the cemetery fees had not been paid. [103] It remains unclear what led Franciszek Piesik to leave Poland in 1967. In the preliminary investigation it was noted that he had corresponded by letter with people in Essen and Düsseldorf. [104] His family confirmed having received mail from West Germany. [105] Franciszek Piesik had probably planned to visit his relatives in Essen. Was he going to leave his wife and daughter behind in Bromberg? Did marriage problems perhaps play a role – or the fact that his mother was critically ill and needed medicine that was not available in Poland? Or did he simply want to live freely? We will probably never know. 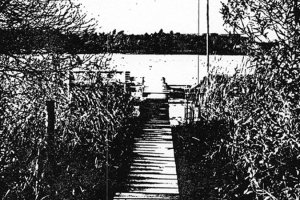