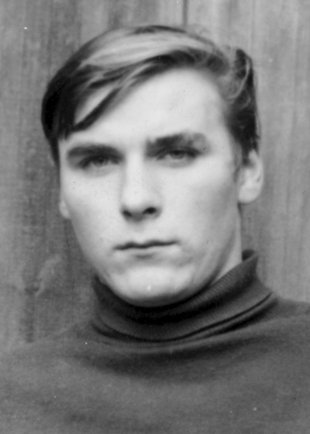 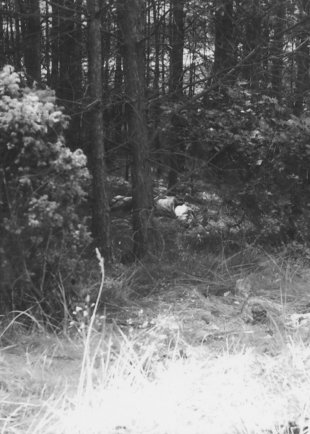 on the outer ring between Bergfelde (Oranienburg district) and Berlin-Reinickendorf
By the time his absence from the barracks was noticed, he had entered the border territory near Bergfelde, north of Berlin, in broad daylight. A search for Willi Born was ordered and all the border guards were told to be on special alert.Willi Born, who had six younger siblings, spent his early childhood years in Klein-Marzehns in the Belzig district. [1] His mother passed away when he was still young and when he was 13 he lived for a time in a children’s home in the Königswusterhausen district. Later he returned to live with his father, who had remarried. The large family found a new home in Lindow in the Mark Brandenburg region.

In 1969 Willi Born married. The young couple moved a short time later to Velten, a northern suburb of Berlin. [2] But they had only a short time to build a life together because the 19-year-old had to serve his military duty in the armored rifle division in Oranienburg, a troop unit of the National People’s Army’s 1st Armored Rifle Division of Potsdam. [3] In the early morning hours of July 7, 1970, three weeks before his 20th birthday, Willi Born left his unit unnoticed. By the time his absence from the barracks was noticed, he had entered the border territory near Bergfelde, north of Berlin, in broad daylight. A search for Willi Born was ordered and all the border guards were told to be on special alert. At around 10:30 in the morning a guard noticed the fugitive and fired a warning shot. Hunted by a number of border soldiers, Willi Born took cover in a patch of woods. He was found there, but before a guard could arrest him, Willi Born fired a bullet through his own head. He died immediately. [4]

Willi Born’s family buried him on the cemetery in Lindow. The parents believed that private problems were the reason for his flight and suicide. [5]