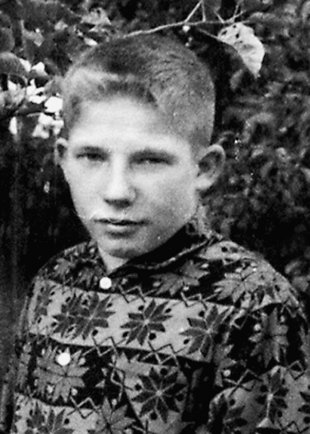 Horst Kullack was 23 years old when he was shot by the East German border troops on December 31, 1971. He was born on November 20, 1948 and grew up as the oldest of five siblings in Grossziethen, a village near the border, southeast of Berlin. He did poorly in school and quit after the eighth grade. Lacking vocational training, Horst Kullack got a job as a transport worker in Zeesen and helped out on the family subsidiary farm by looking after the cattle and garden. According to a Stasi report, the residents of Grossziethen said he "received more beatings than food" as a child. [35] His mother believed the many beatings were the reason for his mental sluggishness and for his loneliness. [36] He did not have many friends and the villagers did not take him very seriously. An uncle and grandmother lived in West Berlin.

In 1967, at the age of 21, Horst Kullack tried to escape for the first time, which according to a statement made by his father, earned him a fine. [37] After that he often caught the attention of the state authorities. He was investigated in 1968 for "slandering the state" because he supposedly insulted a border soldier, calling him a "pig, criminal and murderer." [38] After having a few drinks in a bar, he spoke of wanting to flee to his grandmother in West Berlin and was dragged to a soldiers’ barracks as a consequence. But a psychological evaluation determined that he was not certifiably sane and so he was spared arrest. After speaking with his mother, the East German secret police noted that the 23-year-old man, often beaten and picked on, was said to have suffered from depression and even spoke occasionally of suicide. [39]

On the last day of 1971, Horst Kullack headed towards the border after dark. His father later surmised that he may have been planning to visit his relatives in the West Berlin district of Neukölln. [40] At around 10 p.m. he knocked on the window of a house that was situated within the security grounds and inquired whether he was already at the border. When he was asked what he wanted there, he responded by saying "that he was taking off for West Berlin." [41] The resident of the house, a member of the Communist Party, reported Kullack’s plan to the responsible East German police division and the border guards were informed.

Before treating his wounds, the border soldiers hid Kullack, who was bleeding severely, in the anti-vehicle trench. He was not provided medical care until after he was transported to the rear border area in a Trabant "Kübel." The New Year’s Eve fireworks had drowned out the sound of the shots and the guards were intent on preventing anyone on the West Berlin side from seeing the incident. [42] The final report to the commander of the border troops stated that "the well-organized action resulted in ensuring that the struggle against and retrieval of the border violator was not noticed by the enemy." [43]

The two gunmen were rewarded: One received a badge of marksmanship and the other was promoted to private. [44]

The hospital staff initially denied that he was there when Horst Kullack’s father tried to visit his son in the hospital. Only after he protested loudly did the doctors tell him that his son had been wounded and permitted him to visit him at his bedside. One of them quietly expressed his disgust over the shots fired at the fugitive. [45] The Kullack family’s home was searched by the East German secret police a short time later. [46]

An East German secret police report written after Horst Kullack’s failed escape attempt stated that "in the past numerous psychological evaluations had determined that K. is not certifiably sane […]." [47]Due to "constant pathological disturbance in his mental ability," the Stasi dismissed the charges of "attempted flight from the republic" on January 4, 1972 and suggested "committing him to a long period of treatment in a psychiatric hospital after he recovers." [48]

Horst Kullack’s death became known in the West in February 1972, shortly after he was buried, when his uncle in West Berlin issued charges against unnamed members of the border troops. His brother had sent him a letter informing him of the shooting of his nephew. [49] More than 23 years later, on November 1, 1995, the two men responsible for shooting him were charged with joint manslaughter and both sentenced by the Potsdam state court to a youth sentence of one year and three months probation. [50] One of them had the courage to apologize to the father of the victim for his act and the suffering that he caused the family. [51] 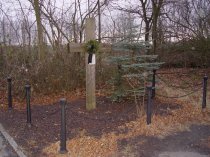 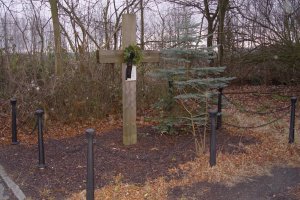