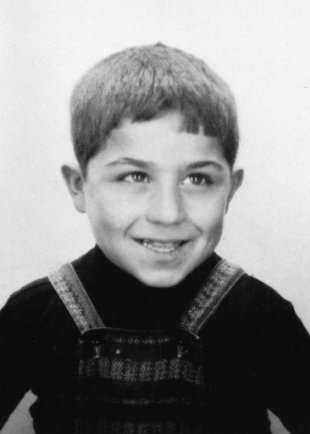 in the Spree near the Oberbaum Bridge
on the sector border between Berlin-Kreuzberg and Berlin-Friedrichshain
It was October 30, 1972, shortly before 1 p.m. The eight-year-old Turkish child was playing with a friend on the Spree embankment at the Gröbenufer in Kreuzberg, which was located about 100 meters from the Oberbaum Bridge border crossing.Cengaver Katrancı was born in 1964 and lived with his mother, who came from Turkey, and his three siblings in the West Berlin district of Kreuzberg. [1]

It was October 30, 1972, shortly before 1 p.m. The eight-year-old Turkish child was playing with a friend on the Spree embankment at the Gröbenufer in Kreuzberg, which was located about 100 meters from the Oberbaum Bridge border crossing. The two boys were standing on the narrow quay wall feeding the swans when Cengaver Katrancı suddenly lost his balance and fell into the cold water. [2] His friend screamed and ran off to get help. A nearby fisherman tried to figure out what had happened. When he finally understood the boy’s pleas, he sent him to the nearby control post to get help and ran to the site of the accident. As he started to undress, he realized that the entire width of the Spree here belonged to East Berlin and that if he tried to save the boy he would risk being shot by East German border guards. He decided against jumping into the water to save the drowning child.

A crowd that, according to police estimates, numbered more than a hundred people, had gathered at Gröbenufer. They were witnesses to a situation of humiliating helplessness. The West Berlin police had been negotiating with the border troop soldiers on the Oberbaum Bridge border crossing for almost an hour and a half. The West Berlin firemen, who were prepared with divers and rescue equipment, were never permitted to take action. [3]

That evening Cengaver Katrancı’s mother was permitted to travel to East Berlin accompanied by two relatives. She had to identify her son in the forensic institute of Charité Hospital after which the body was transferred to West Berlin. The mother requested that her child be buried in Ankara. [4]

The death of the eight-year-old-boy led the Berlin Senate to announce that it would negotiate a treaty with East Germany over assistance measures that could be employed should future accidents occur in the border waters. [5] It took many rounds of negotiations and the deaths of three more children in the Spree before terms could be settled on in 1975.