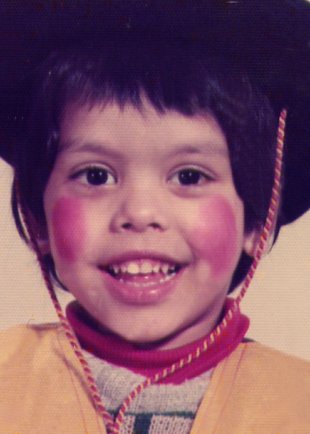 Giuseppe Savoca: East German border troop photo – Searching for the drowned child [June 15, 1974] (Photo: BArch, GT 7761)
On the Oberbaum Bridge, 60 meters away, an East German border guard watched the events through his binoculars. He saw the child fall into the water, which belonged entirely to East Berlin in that area, and he informed the command post of the boat company of the NVA border regiment. A bit later, independently of this report, a patrol boat of the East German border troops passed right by the site of the accident. An adult who had been fetched by Giuseppe Savoca’s playmate called out to the boat crew that a child had fallen into the water. The coxswain stopped for a moment and then continued to pass by with his boat. Later he justified his failure to help the child with the explanation that he did not see any air bubbles on the surface of the water and consequently surmised that the call from the West Berlin bank was merely a provocation; in any case it was illegal for anyone to cross the red-white barrier line of the Spree without receiving an explicit order from the commander of the East German border regiment and without informing the border guards on the Oberbaum Bridge border crossing in advance. [3]

After he received the explicit order, the coxswain returned with his boat to the site of the accident. At about 10:25 a.m. he began searching for the drowned boy together with another East German border troop boat. Meanwhile a large crowd of West Berliners had gathered on the bank of the river, but they remained cautious and did not try to rescue the child. Ten minutes later the West Berlin police and firemen arrived. As had been the case with previous incidents of children falling into the water at Gröbenufer, the East German border guards did not allow the West Berlin rescue teams to get involved or assist in the rescue. The boy’s mother later reported to the West Berlin police that a woman had told her that a man who had wanted to rescue her son had been threatened by East German border guards with their guns. [4] The search for the child did not begin until 10:45 a.m., when a diving troop of the East German border regime arrived at the site of the accident. [5] The six-year-old was pulled out of the water almost an hour after the accident had occurred and taken to East Berlin. [6]

The young boy’s parents were permitted to travel to East Berlin on the evening of June 15, 1974 to identify their child at the forensic institute of Charité Hospital. Giuseppe Savoca’s body was released for burial by the East German state prosecutor’s office two days later and delivered to West Berlin on June 19, 1974. “The East German government charged the parents 54.50 German marks for this service.” [7]

The following day the Communist Party newspaper “Neues Deutschland” falsely claimed that “all the necessary measures” to rescue the child “had been taken without delay.” [8] The West Berlin press criticized East Germany, accusing the border guards of having hindered and delayed the rescue. [9]

Although representatives of the West Berlin Senate and the East German government had been negotiating for months over how to provide immediate emergency rescue measures in similar cases, they still had not come up with a solution. One more child, Çetin Mert, would have to die before the Senate and the East German government signed an agreement on October 29, 1975 on rescue measures for accidents in the Berlin waterways. The agreement determined that when people from West Berlin “were in an acute emergency situation in border waters,” rescue measures could also be taken from the West Berlin side. Before this could happen, however, rescue posts set up on the bank had to indicate to the border guards that there was an emergency. [10] These rescue posts were erected in the spring of 1976 on the water border between East and West Berlin.