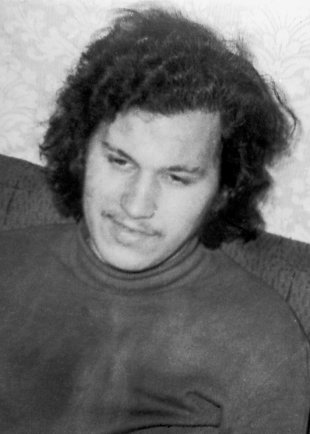 Dietmar Schwietzer: Gravestone at the Neustädter Cemetery in Magdeburg (date of photo not known) (Photo: private)

near Berliner Allee
on the outer ring between Schönwalde (Nauen district) and Berlin-Spandau
As he was running towards the final wall obstacle thirty meters away, the 18-year-old-man came under fire from two watchtowers. Four border soldiers fired a total of 91 shots of automatic fire. Three bullets hit Dietmar Schwietzer a few meters in front of the border wall; a shot to the back of his head was fatal.Dietmar Schwietzer was born on February 21, 1958 in Magdeburg. He grew up with his parents and a sister. [1] Even as a child he had enjoyed tinkering with radios, repairing the receivers of friends and neighbors and creating his own radio station, which was unable to transmit, but could pick up international amateur radio. He did not stand out in school, but was a good pioneer and FDJ member and used the radio sport division of the pre-military youth organization, "Society for Sport and Technology," for his own purposes because he was able to transmit from there. He graduated from tenth grade and then completed an apprenticeship as a communications worker in the Magdeburg district head office of the German postal service. Dietmar Schwietzer had a few friends, but he was less interested in going to discos than the other apprentices his age and was more preoccupied with his radio equipment. The international radio network was his secret world; neither his parents, his teachers nor his trainers knew about his secret contacts. 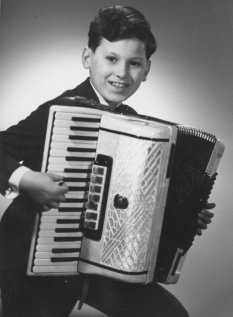 Dietmar Schwietzer: As a schoolchild with accordion (date of photo not known) (Photo: private)
Because he appeared to be so well-adjusted and because the Stasi was interested in him as a communications engineer, he was selected to serve in the special Stasi guard regiment "Felix Dzierzynski." He was supposed to begin his duty as a radio operator on April 1, 1977. During a ceremony on February 15, 1977 he received his trade certification and proudly showed it to his father before leaving to attend a party at the Magdeburg hotel, "International." But he only showed up there briefly and left again after drinking a glass of cola. At this point no one had any idea what the young man was planning to do on the day of his graduation. Thirty years later the parents were still wondering whether his actions were a response to the sudden death of his girlfriend earlier that year and an attempt to put everything behind him, or whether he was trying to get out of being recruited by the Stasi.

Dietmar Schwietzer: The amateur radio operator with his radio (date of photo not known) (Photo: private)
When Dietmar Schwietzer got on his motorcycle on February 15, he had all his important documents with him, including his birth certificate, his school diploma and his recently acquired trade certification card. He also had his East German savings and the 110 west marks that his grandparents in West Germany had given him. [2] He drove about 100 kilometers in almost freezing temperatures from Magdeburg to Hennigsdorf, left the bike there and continued his trip by bus. He crossed the Niederneuendorfer Canal from Schönwalde. [3] Early in the morning of February 16, he crept across a field behind the bridge until he reached the border grounds. He inspected the grounds for a long time with binoculars before proceeding beyond the interior fence through a dog run and passed a signal fence where he triggered an alarm shortly past 7 a.m. As he was running towards the final wall obstacle thirty meters away, the 18-year-old-man came under fire from two watchtowers. Four border soldiers fired a total of 91 shots of automatic fire. Three bullets hit Dietmar Schwietzer a few meters in front of the border wall; a shot to the back of his head was fatal. [4] The border guards quickly dragged him into the anti-vehicle trench and were able to prevent anyone on the West Berlin side from observing the incident. Later the border troops used the case of Dietmar Schwietzer in training as "a good example of operational readiness and advantageous alternative action" for preventing an escape. The large amount of ammunition fired was the only aspect that was criticized. [5]

Dietmar Schwietzer was buried at the Neustädter Cemetery on February 23. The East German secret police monitored the funeral and took clandestine photographs in order to ensure that critical statements and actions were nipped in the bud. [6]

The parents were shocked by the killing of their son and they vented their outrage at the highest levels. On April 10, 1977 the father submitted the original bill he received from the "VEB Grünanlagen Magdeburg," the local state-run park service, for the funeral costs to the Communist Party General Secretary Erich Honecker and demanded that his son’s murderer cover the expenses. [7] The letter landed at the Magdeburg secret police office, which responded by keeping the Schwietzer family under permanent surveillance and subjecting them to countless interrogations. The family was threatened with criminal prosecution if news of the young man’s death became known in West Germany. [8] As a precautionary measure to keep things quiet before the CSCE (Conference on Security and Cooperation in Europe) follow-up conference in Belgrade, the East German secret police went so far as to delay the collection procedure for the overdue funeral costs: "The Schwietzers are to cover the costs but the VEB Grünlage should postpone sending a reminder for the overdue funeral bill until after the conference in Belgrade." [9] Two months later the Magdeburg secret police "preliminarily" paid the bill for 383.40 marks, but in the end they refrained from demanding the sum from the family. [10]

As early as mid-December 1989, during the East German Peaceful Revolution, Dietmar Schwietzer’s parents confronted the East German general state prosecutor’s office and demanded not only that the circumstances of their son’s death be clarified, but also that they be granted material compensation for the loss they suffered, just as the victims of fascism had been granted. [11] By the mid-1990s the East German military state prosecutor arranged to have the parents receive the second half of their son’s life insurance policy, which had been held back at the time. [12] Their other claims for compensation, however, led nowhere.

Criminal proceedings were not opened until late 1990, first by the Berlin public prosecutor’s office, then by the Neuruppin public prosecutor. One of the four accused gunmen had already passed away. Three were tried on April 10, 1995 for having jointly killed a man. At the time they had been awarded the "Merit of Honor for Exemplary Service at the Border" and given a 150 mark bonus. Not one of them was proud of this medal, and they expressed this to the court convincingly. On November 29, 1995 they were each sentenced as youths by the Potsdam district court to a year and three months in prison for joint manslaughter. Their sentences were commuted to probation. [13]