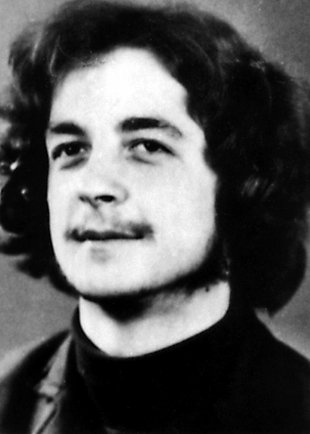 in the Spree
on the sector border between Berlin-Mitte and Berlin-Tiergarten
On May 17, 1977 Henri Weise went to East Berlin to visit his father. After a few hours he left the apartment saying that he would be back in a half hour. It is not known where he went. He probably tried to cross the Spree to West Berlin and died while doing so.The border soldiers on the Marschall Bridge water border in Berlin-Mitte made a terrible discovery on July 27, 1977. When they opened the water barrier, they found a dead body jammed in it. The fire department was quickly called to the scene and finally managed to retrieve the corpse, which was then taken to the Institute of Forensic Medicine in East Berlin’s Charité Hospital for an autopsy. [1] The corpse had already decomposed and was only clothed in fabric remnants suggesting that it had been in the water for about two months. The pathologist was unable to determine the cause of death but he did not find any indication of violence. The authorities were able to identify the body from an old injury on the lower jaw and dental records. [2] The dead man was Henri Weise.

Henri Weise was born on July 13, 1954 in Pössneck. He was the oldest of three sons and grew up with his parents, a driver and sales clerk, in Ranis, Thuringia. Evidently Henri Weise was unassuming and well-adjusted until he completed his vocational training. In a curriculum vitae that he wrote for an application, he stressed that he had been trusted with the position of brigade leader and deputy group chairman and was responsible for sports and cultural activities at the Ranis Secondary School. [3] Henri Weise was also a member of the FDJ. [4] When he began a toolmaker apprenticeship at the state-owned Carl Zeiss Company in Jena, he joined the FDGB and the "Society for German-Soviet Friendship." He was listed as a non-political member of the "Society for Sport and Technology." [5] His training ended in February 1974. His parents had divorced the previous year and his father moved to East Berlin. Henri Weise lived with his mother in Ranis. He first worked as a window and building cleaner, then as a rock driller and heating technician. In a later interrogation with the East German police, Henri Weise’s mother described her son as a loner who did not have any friends or a girlfriend. [6]

In May 1976 Henri Weise applied for the first time for an exit permit to West Germany. He stated that he did not have any interest in working for East Germany because "it had not eliminated people’s exploiting other people." [7] A few months later Henri Weise took a trip to Wittenberge. After spending time on the bank of the Elbe River, close to the border, he was arrested on the evening of August 15, 1976 under "suspicion of illegally attempting to cross the border." [8] While in prison he wrote to the East German state council, demanding that his East German citizenship be revoked and he issued a complaint regarding his imprisonment. He also informed the Permanent Mission of the Federal Republic in East Germany of his imprisonment and his plans to emigrate and requested political asylum in West Germany. [9] During an interrogation while in pre-trial confinement in Perleberg, Henri Weise denied that he had any intention of fleeing and was in fact released on October 19, 1976 from the Rudolstadt pre-trial prison to which he had been transferred. [10] At the same time he was informed that his application to leave East Germany had been rejected. Henri Weise submitted another request to leave that was definitively rejected in November 1976. [11]

After that the 22-year-old began looking into other ways of leaving East Germany. At the end of October 1976 he asked a Polish citizen at a dance in his hometown whether he could arrange for him to receive a Polish passport. The Pole immediately reported the incident to the Ranis East German police. Consequently Henri Weise did not receive a passport, but was instead charged with "suspicion of planning an illegal border crossing." [12] During the interrogation that followed, the East German police noticed that Henri Weise was carrying an invalid entry permit for a temporary visit to the border area that was issued in someone else’s name. He had gotten the permit from an acquaintance, a driver whom he happened to know. [13] He again was able to convince the authorities that he had no intention of fleeing. A warrant for his arrest was not issued. [14]

In mid-1977, Henri Weise showed up once again at the Pössneck district division of internal affairs. He complained that the district council had instructed that he was not to be allowed to continue his work as heating technician and that he now had to work as a mere laborer. He pointed out that these repercussions against him were in contradiction of the UN’s charter on human rights and the East German constitution. He threatened to publicize his case and his treatment by the state in the West German press if his application to emigrate was not approved. [15] In follow-up questioning by the criminal investigation department in Pössneck he stressed his intention to travel to Berlin the following day in order to bring a copy of his complaint to the West German Permanent Mission and have it added to his rejected emigration application. He mentioned that he had already been there once before in late 1976 when he had had a meeting that lasted several hours. [16]

By January 1977 at the very latest, Henri Weise was placed under intensified surveillance by the Stasi as part of an "operative investigation of the individual (OPK)." The Stasi agents assigned to watch him soon established that he was constantly expressing criticism of the politics and government of East Germany. Based on his behavior and activities, the Stasi suspected him of wanting to leave East Germany "illegally." The aim of the operative observation was to prove that he had violated article 213 of the criminal code ("illegal border crossing"). [17] His visit to the Permanent Mission in East Berlin on January 21, 1977 was registered and analyzed. [18] Henri Weise told a co-worker, who was also engaged as a Stasi informant, that he had not been admitted there and was forced to leave without having achieved anything. [19]

In March 1977 Henri Weise paid a final visit to the Pössneck division of internal affairs where he was informed that his application was definitively rejected. Henri Weise demanded to have the refusal in writing. He made it clear that they would be held accountable for their actions at the CSCE follow-up conference in Belgrade in October 1977. [20] This time, however, his visit to the district council remained unsuccessful.

On May 17, 1977 Henri Weise went to East Berlin to visit his father. After a few hours he left the apartment saying that he would be back in a half hour. It is not known where he went. He probably tried to cross the Spree to West Berlin and died while doing so. [21]

His disappearance did not go unnoticed. In early June, before his body was found in the water barrier of the border crossing, Henri Weise’s mother was questioned about his whereabouts by the East German police in Pössneck. She said that she was very worried but that she had no reason to believe he had tried to escape. Her apprehension became certainty when she received her son’s death certificate. Her request to see her son’s body was not granted.

Henri Weise was cremated in East Berlin on September 1, 1977. The urn was sent to Ranis where it was buried. [22]

In the early 1990s the Central Investigating Agency for Governmental and Party Crimes tried to clarify the circumstances that had led to Henri Weise’s death. The investigation was closed on September 27, 1995 because it was not possible to "establish a conclusive cause of death or determine exactly what had happened." [23]