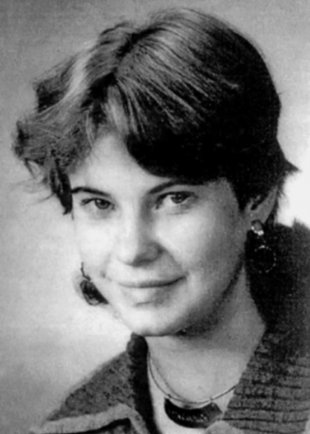 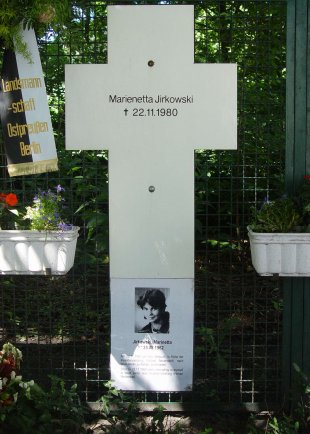 on Florastrasse, across from the Invaliden Settlement
on the outer ring between Hohen Neuendorf (Oranienburg district) and Berlin-Reinickendorf

Marienetta Jirkowsky was born on August 25, 1962 in Bad Saarow. She grew up in Spreenhagen, in Brandenburg, and received training in a tire combine in Fürstenwalde as a skilled textile worker. "Micki," as her friends called her, was a "small, free-spirited and fun-loving person." [35] She and her friends really "just wanted to live in peace […], without any problems and without being forbidden to do anything," her friend Falko V. later explained. [36] Falko V. had been thinking about escaping for a long time. He and Marienetta Jirkowsky met Peter W. together in spring 1980. He, too, had not adjusted to the conditions in East Germany and had applied a number of times for an exit permit to leave the country. [37] When Marienetta Jirkowsky turned 18, the legal age of an adult under East German law, she became engaged to Peter W. They planned to move in together in the fall of 1980. This decision, however, led to major conflicts with her parents, who were opposed to their relationship and feared that they were going to lose their only child. To prevent this from happening, they succeeded in getting a police order to ban Peter W. from having any contact with their daughter. [38] After that the three were just waiting for the right moment to leave East Germany. They planned to flee together on the night of November 22, 1980. In preparation for their escape Peter W. created a folding ladder, which consisted of separate pieces, in his apartment. [39] 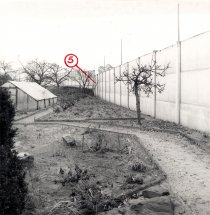 Marienetta Jirkowsky: Escape ladder at the interior wall on Florastrasse in Hohen Neuendorf [MfS photo: Nov. 22, 1980] (Photo: BStU, MfS, Sekr. Neiber Nr. 263, Bl. 145/2)
On November 21 the three young people took a train from Fürstenwalde to East Berlin to look for a good place to escape. They agreed that the spot they had checked out was not favorable for an escape and so they took the S-Bahn back to Hohen Neuendorf that evening. Peter W. was familiar with the border there from when he had worked as a showman. They arrived at the Hohen Neuendorf S-Bahn station at around half past midnight and worked their way across the property near the border. Without using any tools they were able to "crack" the two ladders, a so-called double ladder and a stepladder, to peer over the interior wall and get a look at the border grounds. Contrary to their original plan, the three made a spontaneous decision to flee that very night. They did not know that, thanks to this decision, the two men had just barely missed being arrested early the next morning. An informant for the East German secret police. who was a member of their group of friends, had betrayed them and reported their escape plan to the Stasi. [40]

Marienetta Jirkowsky: Panoramic photo of the escape site between Hohen Neuendorf and Berlin-Reinickendorf [MfS photo: Nov. 22, 1980] (Photo: BStU, MfS, Sekr. Neiber Nr. 263, Bl. 149)
For three hours that night the three young people observed the routine at the border while bolstering each other’s courage. Then they separated the stepladder into two parts and at about 3:30 in the morning, they took one ladder element to climb over the interior wall. The two men used the double ladder to get over the 2.5 meter high signal fence and managed not to set off the alarm. But when Marienetta Jirkowsky followed them, the alarm was triggered. The men had already reached the final obstacle, the 3.5-meter-high wall facing West Berlin. Although the remaining part of the step ladder had sunk into the ground, Falko V. and Peter W. were still able to reach the top of the wall but then shots were fired at them from a watchtower located 160 meters away. Falko V. had already jumped down to the west side; Peter lay down on his stomach on top of the wall because his fiancée, who was standing on the top rung of the ladder, was too short to grasp the Wall with her hands. He reached out his hand to her to pull her up. Two additional border soldiers, who had run from their watchtower 230 meters away, also started firing at the fugitives. Marienetta Jirkowsky had already reached the top of the wall with her hands when she was struck by a bullet and fell off the ladder. Peter W. fell down onto the west side of the Wall. [41] A short time later border soldiers retrieved the young woman and provided first aid. The regiment doctor ordered her to be transported to the nearest hospital in Hennigsdorf, where an emergency operation was conducted. Marienetta Jirkowsky died there at 11:30 a.m. from a bullet through her abdomen. [42]

Fifteen years later one of the gunmen was tried for a "less serious case of manslaughter" and sentenced as a youth by the Neuruppin district court to a year and three month prison term that was commuted to probation. [43]

On behalf of all the Allied city commanders, the French city commander protested that very day against the shots fired at Marienetta Jirkowsky and demanded that East Germany finally put a stop to their "inhuman practices." [44]

The East German secret police went to great effort to prevent any information about the 18-year-old woman’s death from leaking out. Under no circumstances was a photograph of the dead woman to be published and many photographs of Marienetta Jirkowsky were confiscated from her friends and relatives. The East German secret police tried to make Peter W. and Falko V. look like liars by passing a photograph of a woman who resembled Marienetta Jirkowsky on to the western media. The plan was to undermine the validity of all the reporting on the fatal escape attempt by having this photo identified as "false." [45] Another step was taken to publicly discredit the two men who had fled: Informants working for the East German secret police were supposed to win over their confidence and then try to make them look like criminals. They were to "[…] inconspicuously encourage them to spend large sums of money without deliberation, take out credit, etc, in order […] to set the preconditions for possible criminal behavior […]." [46] Despite these measures, Falko V. and Peter W. were able to provide detailed accounts of the case to the West. In early February 1981, they placed a cross at the site where they had escaped to honor their deceased friend. It was removed by a Stasi informant and secretly brought to the Ministry of State Security in East Berlin. [47] The Stasi also considered taking "measures to transfer the two men back to East Germany," meaning a plan to have them kidnapped. [48]

In the aftermath of Marienetta Jirkowsky’s death, Falko V. became involved in spectacular acts to draw attention to the fate of his girlfriend. On February 6, 1981 he placed charges of murder against the East German minister of defense, Heinz Hoffmann, with the Central Registry Office in Salzgitter. [49] On March 2, 1981, during the CSCE follow-up conference in Madrid, he chained himself to the entrance gate of the Soviet Embassy in Madrid to denounce the East German government’s violation of human rights. [50]

On the day of the fatal escape attempt, Marienetta Jirkowsky’s father was summoned to the East German police in Fürstenwalde. At first all he learned there was that his daughter had been arrested at the border to West Berlin. He was not informed that she had been killed until two days later. [51] The family was not allowed to publish an obituary. Spreenhagen, the 18-year-old woman’s hometown, was virtually sealed off by State Security agents when the urn containing her ashes was buried in the town’s cemetery. The funeral was attended by her immediate family on December 14, 1980. 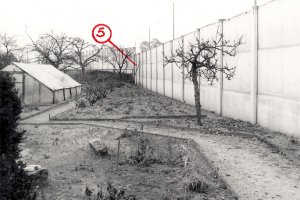 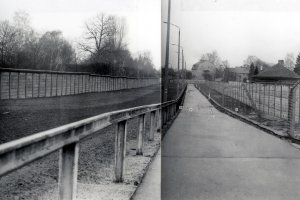